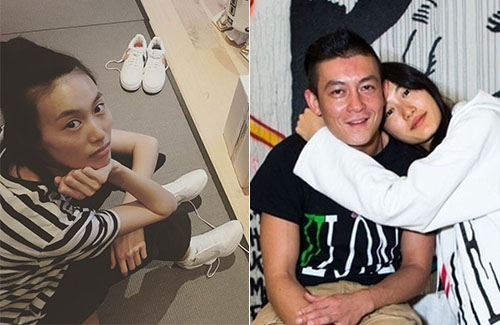 A private message screenshot that emerged on Friday shows that Shupei Qin (秦舒培), Edison Chen’s (陳冠希) girlfriend, may have already given birth to their daughter.

The message—which was most likely written by a friend and then sent to private message groups, said that Edison has already welcomed his daughter, and told everyone to give him their blessings.

“A daughter is born,” said the message. “Bless EDC. They haven’t announced it yet, but the daughter really looks like her father for the most part. [She’s going] to be a beauty. Bless!”

In January of this year, Hong Kong media speculated that Shupei was at least four months pregnant, due to a mysterious belly bump and her absence on social media. There were also reports claiming that Edison had turned down many jobs in Mainland China due to his desire to stay at home to take care of Shupei.

On March 19, Shupei uploaded a picture on her Instagram, sharing a photo she took with friends. Although the model didn’t look as thin as she was before, many netizens who commented said that she didn’t look pregnant anymore.

Edison updated his Weibo the following day, writing, “All nonsense. I won’t say it.” The message seemed to be in response to the rumors claiming that Shupei had already given birth at the time.

The couple hasn’t made any comments about current rumors yet, but many netizens have already congratulated them with well wishes.