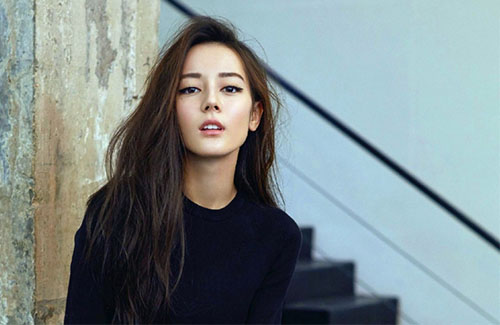 It took Dilireba (迪丽热巴) only four years to win the heart of the masses. The 25-year-old Uyghur actress from Xinjiang is one of the top-earning idols in China, ranking 37th on 2017’s Forbes China Celebrity List and earning over 300 million yuan within four months of the year. With the earning power of over 100 million yuan per drama, Dilireba is a force we cannot miss.

But all of this success did not come easy. Dilireba hasn’t taken time off to rest in the four years since her debut. Working over 18 hours a day, Dilireba has been described as a harder worker than a housemaid.

Despite being one of the nation’s top idol actresses, Dilireba knows what it means to cherish all opportunities. After losing an important role a few years ago, Dilireba makes sure to treasure all the opportunities given to her. She would never complain about her work, and would silently drown herself with coffee to stay energized and awake. A source said Dilireba developed a habit of slapping herself in the face so she could stay awake. She is an idol with no baggage to carry, as evident in her courage to try out different challenges for the variety show Keep Running <奔跑吧>. Wong Cho-lam (王祖藍), who has worked with Dilireba on the show, has said that she is very well-behaved and polite.

Dilireba may have signed a lengthy, 15-year contract with Jay Walk Studios, but that never deterred her spirit in working hard. Dilireba has said that Yang Mi (杨幂), her boss and owner of Jay Walk Studios, is her main inspiration.

It’s been reported that Dilireba has an interest in establishing her own personal studio to more control over managing her activities. Yang Mi and Jay Walk Studios are supportive.