Fala Chen to Get Married in France on May 11 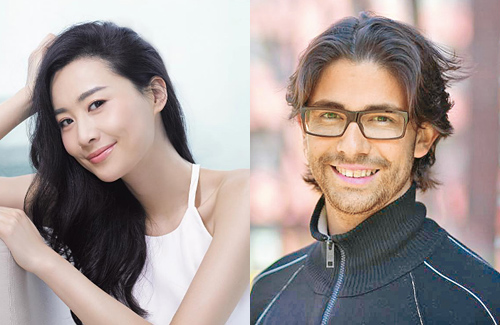 Fala Chen (陳法拉) is getting married again! Reports surfaced today that Fala and her French boyfriend of three years, entrepreneur Emmanuel Straschnov, will be holding their wedding in France on May 11. It is understood that Fala loves children and would like to become a mom after getting married.

Life took an unexpected turn for Fala in 2013, the year she left Hong Kong after ending her first marriage with Neway Entertainment heir Daniel Sit (薛世恆). In the same year, Fala left TVB and enrolled in a four-year masters program in drama at The Julliard School. While studying in New York, Fala met Emmanuel, a Harvard Business School graduate, who co-founded his own technology startup.

Since Emmanuel was born in France, the couple decided to hold their wedding at a vineyard there. Wanting a low-profile celebration, the couple only invited family and very close friends to the wedding.

Appearing in Hong Kong today at a function, the actress looked vibrant and had a bridal glow in her complexion. Fala mentioned that she will be spending Mother’s Day with her mom, which will definitely be a very memorable weekend as her alleged wedding will take place this Saturday.

Fala remained discrete and did not mention anything about her wedding, which is the actress’ tendency in keeping her love life private. She was secretly married to Daniel Sit for years, before announcing their breakup in 2013.

Aside from soon starting a new chapter in her life with her upcoming wedding, Fala successfully broke into Hollywood and was cast in HBO miniseries, The Undoing, opposite Nicole Kidman and Hugh Grant in March.