Felix Wong: “I May Film For City Telecom!” 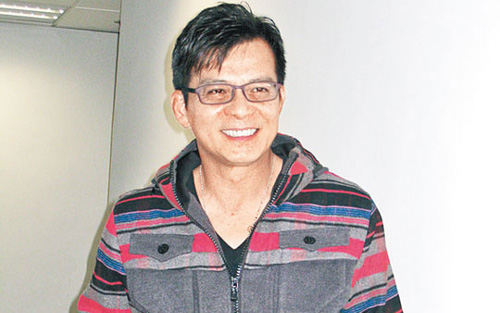 It was reported earlier that TVB’s rival station, City Telecom (CTI) was interested in recruiting Felix Wong (黃日華) and his daughter, Adrian Wong (黃芷晴), to join the company. Appearing at promotional event yesterday, Felix admitted that the assistant of CTI owner, Ricky Wong (王維基), had initiated discussions over a filming contract.

Felix revealed, “I was filming a movie in mainland China earlier. He often called me to discuss the contract offer, scheduling a time to meet. He possessed a lot of sincerity, thus the chances [of collaboration] are quite high!”

However, Felix may not partner with his beloved daughter in filming a drama. Filming together, Felix was afraid that this will give his daughter too much stress!

Jayne: Earlier, Felix clarified that he will not be filming with his daughter for CTI. He had wanted to make it clear that he was still a free agent at the time. Felix appears to be a strongly principled person and he was quite upset by the politics of TVB management in recent years. Aside from money, many artists speak about the respectful manner of Ricky Wong. I suspect Felix will be won over by CTI….

I always found Felix to be the handsomest among the Five Tigers. After all these years, he is still my favorite. Perhaps it’s his approachability; he never acts like a big star although he still is one….

38 comments to Felix Wong: “I May Film For City Telecom!”