With their diverging careers, there have been ongoing rumors that Angelababy (楊穎) and Huang Xiaoming (黄晓明) have split. Denying this numerous times in the past, Angelababy silenced the divorce speculations with her diamond ring at a recent appearance. Invited as the spokesperson for the Beijing TV Spring Festival Gala, Angelababy wore her famous Chaumet wedding ring to disperse divorce rumors.

Maintaining her popular status in China, Angelababy officially became the new spokesperson for the 2022 Spring Festival Gala and was at the press conference for the upcoming Lunar New Year event. While her pink feather gown was stunning, it paled in comparison to the gigantic diamond on her hand.

Xiaoming had proposed to Angelababy with a custom-made Chaumet Josephine Aigrette Imperiale ring, which features a 5.53 carat center diamond accented by 73 mini diamond-paved band. Worth 10 million Chinese yuan, the ring was Xiaoming expression of love for Angelababy.

In comparison to previous years, Angelababy and Xiaoming joint appearances have markedly decreased and kept the details of their marriage reticent. Taking separate vacations and their lack of interactions on social media made many wonder the state of their marriage.

Although the couple have rarely revealed details about their marriage, Angelababy wore her wedding ring during last year’s photoshoot for variety program, Heart Signal <心動的信號4>. In the promotional poster, the actress’ ring could be easily seen, leading netizens to think that Angelababy was using the poster to dissolve divorce allegations. 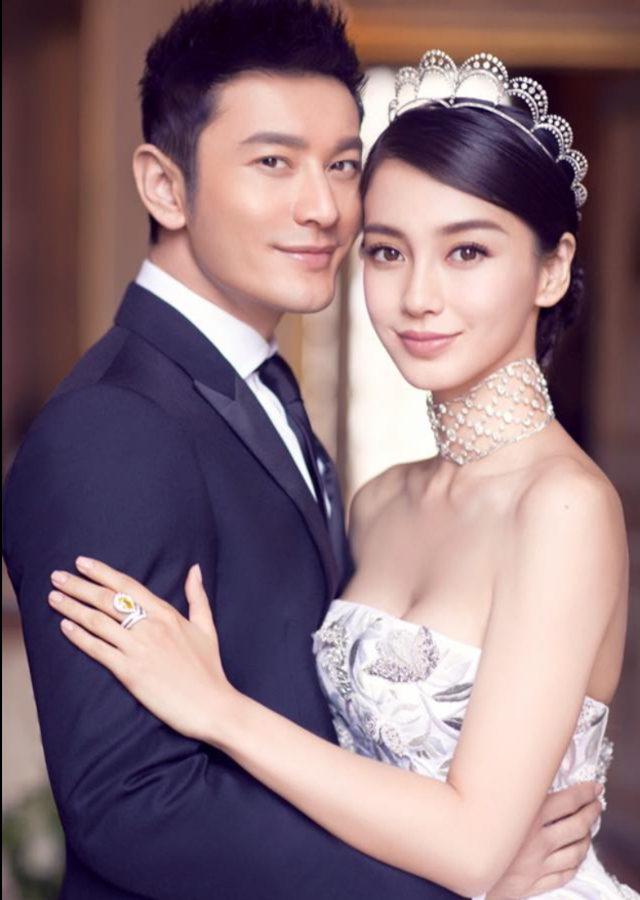