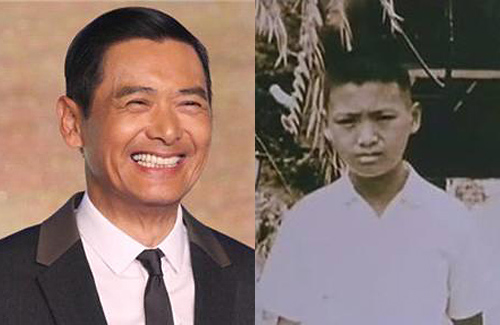 While it may sound unfathomable to some when international superstar Chow Yun Fat (周潤發) said he would donate his $5.6 Billion HKD fortune to charity, the 63-year-old actor discusses his upbringing and the effects it had on his simple lifestyle. 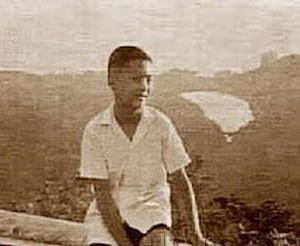 Prior to being known as Chow Yun Fat, he was nicknamed “Little Dog” by his family. Like many families living in Lamma Island, Hong Kong in the 1960s, Little Dog’s family was very poor and had no electricity in their home. His childhood consisted of going to the fields near mountain sides to release cows and feed them.  In his spare time, he would assist his mother in pulling grass from the fields and do house chores.

Although he had a free-spirited childhood, Fat Gor reminisced the memories of when he was younger, explaining the simplicity of life back then. In his younger days, his meals mainly consisted of mixing pork lard and pickled radish with rice.

Due to his father’s deteriorating health, Chow Yun Fat dropped out of high school and applied for various jobs – ranging from working at restaurants to washing cars.

In 1973, Fat Gor applied to TVB’s acting class, which would change his destiny. “If I didn’t become an actor, I would be a farmer today,” said Fat Gor.

At that time, Ng Man Tat (吳孟達), who was in the same class, told Fat Gor that his dark skin and thinness made him suitable to play a guard. Working hard, Fat Gor gained more opportunities and went from being a faceless actor, to landing the most iconic roles in Chinese television history.

Playing the lead role in TVB’s The Bund <上海灘>, Chow Yun Fat’s stardom grew overnight. He was a pillar in Hong Kong films in the 1980s and 1990s. Learning English slowly, Fat Gor landed roles in Anna and the King and Crouching Tiger, Hidden Dragon <臥虎藏龍>, which increased his prominence in the United States and globally.

Never forgetting his roots and where he came from despite four decades of stardom, Fat Gor is known for his simple lifestyle and friendly personality. He is often seen taking pictures with fans on the streets, restaurants, and even on his jogs. Since Fat Gor takes the subway everywhere he goes, many Hong Kong residents have probably been on the same train as the actor at one point in time.

Voicing his preference on taking the public transit, Fat Gor smiled, “I think a lot of people don’t understand why I’m like this. To be honest, I’m just like any normal person! For example, a police officer may work eight hours a day, but when he goes home, he’s no longer a cop! You are yourself.”

He added amusingly that at home, he does everything to make his wife of 32 years, Jasmine Tan (陳薈蓮), comfortable. “At home, I have to cook dishes, clean the floor, and make coffee for her.”

Fat Gor believes that “Life is hard to understand. It’s okay to live a foolish life! I’ve learned to let go a long time ago.”

Although his film output has slowed down in recent years, Fat Gor loves acting and has no plans to retire. He commits his free time to charity work, and has spoken about donating his massive fortune to charity. Stating that the money is not his, and he won’t be able to bring the money with him after he dies, Fat Gor hopes to honor his promise of giving back to the community instead.

8 comments to From Stitches to Riches, Chow Yun Fat Talks About His Childhood Days