The pretrial hearing for Mainland Chinese actor Gavin Gao (also known as Gao Yunxiang 高雲翔) was held in Sydney’s Central Local Court today. Gavin, along with Wang Jing (王晶 ), were arrested for sexually attacking a 36-year-old Chinese-Australian woman on March 27. The judge has refused the pair’s application for bail, stating that evidence is “sufficient”.

The pair allegedly forced intercourse and oral sex on the victim, who had bruises on her legs and back. Police also found blood and semen inside Wang Jing’s room at the Shangri-La Hotel. Security footage showed the woman entering the men’s hotel room.

A woman known as Lilli Chen (陳莉莉) supplied $120,000 AUD for Gavin and Wang Jing’s bail. The judge pointed out that Lilli, who only had a mutual friend in common with Gavin, was not a prime person to supply the bail money. Furthermore, Lilli Chen’s company had large sums of money going in and out prior to the trial.

Most importantly, the judge pointed that that there is no extradition treaty between China and Australia. If the defendants return to China after being released from bail, there is no mechanism to ensure they will return to Australia for trial.

The sexual assault allegedly lasted 36 minutes. According to the police’s ten-page testimony, page eight cited injuries Wang Jing inflicted on the victim. Only three lines from the statement stated Gavin’s involvement and did not specifically cite the injuries he caused on the victim.

According to Gavin’s defense lawyer, the prosecution’s evidence was not strong enough. The victim’s bruises in the photos can not directly be attributed to Gavin. The 35-year-old actor is willing to wear a tracking bracelet if released on bail. The defense lawyer maintained that Gavin’s career, which is equivalent to Hugh Jackman‘s popularity in China, would be ruined if he fled.

In Prison for One and Half Years?

Due to the high-profile case, the media flooded the court room today at 7:20 a.m. Gavin’s wife Michelle Dong (董璇), along with her parents, attended the court hearing. Disappointed by the judge’s refusal for bail, Michelle left while surrounded by bodyguards and refused to speak with the Chinese media.

Gavin’s studio released a press statement today and said they will continue to apply for bail through the Supreme Court. If this is unsuccessful, Gavin will remain in jail during the case’s trial period, which may take up to one and a half years.

Since his arrest, Gavin maintained claims of innocence. Through his lawyer, Gavin told his wife Michelle, “Don’t worry. Trust me. I didn’t do anything.”

The next court hearing will be on June 7. 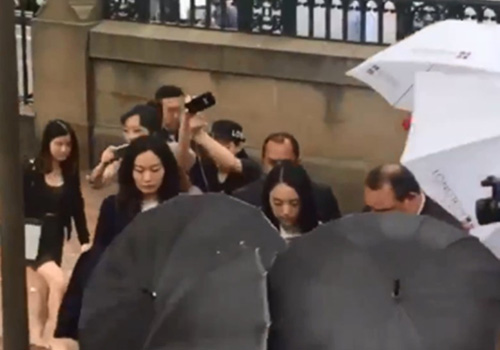 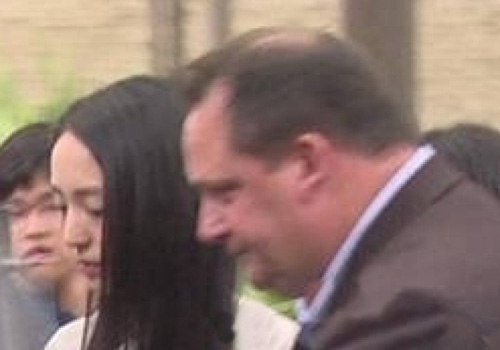