Remaining low profile since her divorce with Taiwanese doctor Michael Lai (賴弘國), Gillian Chung (鍾欣潼) recently made an appearance during a live-selling online event. While fans were happy to see Gillian back at work again, many were shocked by the star’s sudden weight gain.

Wearing her hair up during the video live-selling event, Gillian’s bloated appearance distracted netizens from the products she was selling. Many netizens left confused comments as to why Gillian’s face looked swollen. Although the star’s loose t-shirt dress managed to hide her body, it was still evident that she gained a fair amount of weight. Some netizens even accused the event organizer for using a Gillian substitute as they did not believe the woman on screen was the celebrity herself.

Trying to offer an explanation, Gillian asked, “What am I supposed to do to prove to everyone that I’m actually me?” She even tried singing one of Twins‘ old classic favorites as proof.

However, those with good memory would remember Gillian’s weight had fluctuated in 2015 due to hormonal imbalance. Gaining 20 pounds during this time, she ate at least seven meals a day during the worst periods of her hormonal imbalance. Though she had successfully lost the extra pounds in 2018 in preparation for her wedding with Michael Lai, the problem is back gain as Gillian continues to battle hormonal weight gain. 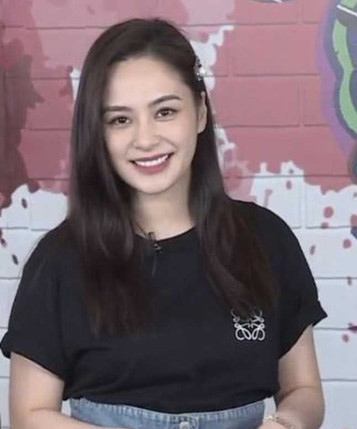 This article is written by Su or JayneStars.com.