New mother Grace Chan (陳凱琳) made an appearance for a café’s grand opening ceremony today, rebelling against the Chinese tradition of staying home to recuperate for a month after giving birth.

She stated that she is still in a blissful state over the birth of her son, Rafael. “When I look at his face, I feel that the hardships of pregnancy were worth it.”

Grace delivered her six-pound son via Cesarean section on Valentine’s Day. Kevin Cheng (鄭嘉穎) supported her throughout her delivery and performed the memorable task of cutting his son’s umbilical cord. Grace disclosed that her father has helped them think of a Chinese name for her son, Cheng Sing Lok (鄭承悅). The meaning behind the name is that that they would promise to give him a lifetime of happiness.

Grace had announced her pregnancy in November of last year and there are netizens mocking her for seemingly only having carried her baby for six months, slyly indicating that she was pregnant before marriage. To which she replied, “Ever since I joined the entertainment industry, I learned that there will always be many opinions, but I know myself and don’t feel the need to respond to everything.” However, Grace seems to have subtly confirmed the rumors as she indicated that her son was not born premature. 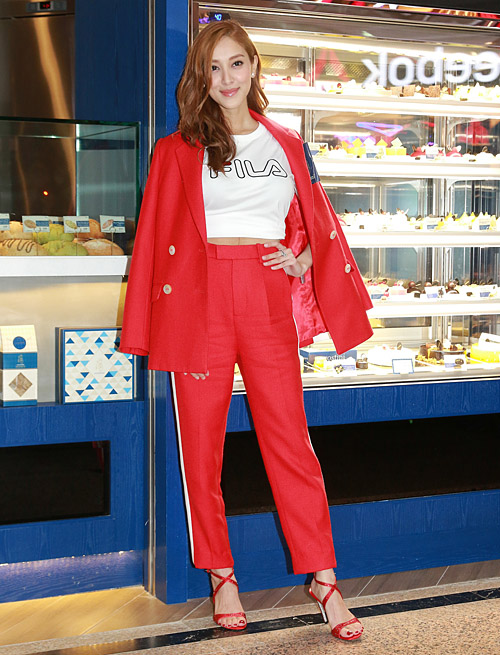