Gregory Lee Unable to Put Shirley Yeung Behind Him Yet 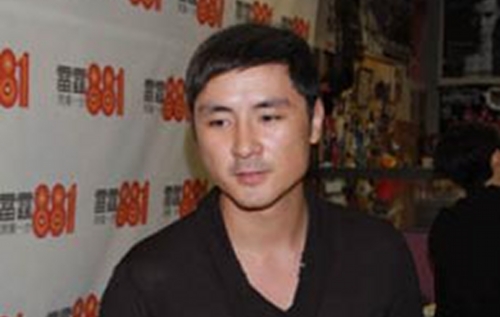 Twin brothers, Gregory Lee (李泳豪)and Augustine Lee (李泳漢), were originally slated to appear on an interview program for Commercial Radio. However, due to other work commitments, Augustine could not appear on the program. Gregory noted that Augustine did not withdraw from the interview due to his overly passionate outcries [against Shirley Yeung楊思琦].
Asked whether Shirley’s accusations against Augustine were the truth, Gregory stated that Augustine loved him as a brother. As to whether it was the truth, Gregory did not wish to respond. Asked whether he had asked Augustine to hold back his outbursts, Gregory admitted that he felt uncomfortable and a little guilty. Since Augustine was also unhappy, Gregory comforted his brother.

At racing competitions held in Huizhou and Shaoxing earlier, Gregory suffered heat strokes and he did not think about other things. Regarding Shirley pretending to be pregnant in order to break up with him, Gregory did not want to discuss the matter further. In the future, Gregory will focus on his career. However, he hoped Shirley will lead a good and happy life.

Asked whether Gregory was able to put Shirley behind him, he noted that he could not answer at the moment. Gregory still felt confused. If Gregory saw Shirley and her new boyfriend, Andy Ng, together, would he be able to accept it? Gregory said that he did not know and did not read the recent news reports.

Gregory indicated that he had to comfort his family, hoping that they were not too worried and unhappy. When his father, Lee Ka Ding (李家鼎), expressed concern that Gregory would commit suicide, Gregory noted that he was performing overseas at the time. Gregory explained to his father that he was alright. Lee Ka Ding said to Gregory at the time, “Bad son! I’m afraid you would think crazy thoughts!”  If Gregory were to run into Shirley at TVB, would he be embarrassed? Gregory indicated that he would not feel embarrassed. Asked how he would feel he and Shirley filmed series together, Gregory said that he did not know how to answer the hypothetical question. However, if the arrangement were necessary for work, he did not mind. Source: Takungpao
Jayne: It sounds like Gregory is being considerate towards everyone’s feelings. It does appear that Augustine is quite a sensitive person, since Gregory mentioned that he also had to comfort his elder brother when it was Gregory who got heartbroken!