The four-year marriage between Hawick Lau (劉愷威) and Yang Mi (杨幂) ended regretfully. Though they have a 6-year-old daughter together, Yang Mi’s busy career left little time for the family and the couple eventually drifted apart. As Hawick’s family is primarily caring for their daughter, it is said he and Yang Mi argued over little Noemie‘s public exposure levels in the media.

Before filing for divorce in 2018, signs of trouble in their marriage were always there. Hawick previously said that everything was great about Yang Mi, other than she was very busy and rarely home. While Hawick believes that after marriage, work can be slowed down to prioritize family, Yang Mi’s sense of security comes from having consistent work. Prior to marriage, Yang Mi would film seven to eight dramas a year, and was able to sleep standing up at her most exhausted state. Her career ambitions did not change after becoming a mother.

Though Hawick gifted her with a condo in Hong Kong while they were dating, Yang Mi had also previously complained that Hawick was not very romantic. They would take care of their own needs instead of buying things for each other–he would not even order food for her or buy her clothes.

After their divorce, they prioritized their daughter Noemie’s well-being and declared they would have joint custody over their daughter. However, parenting duties fell primarily on Hawick, who has noticeably slowed down his work. When Hawick is busy with filming, Noemie is cared for by Hawick’s parents.

Though she continues to be very busy with her filming projects, Yang Mi will visit Noemie in Hong Kong and made two secret trips to participate in her daughter’s sports meet and to celebrate her fifth birthday. Unfortunately, Yang Mi could not celebrate Noemie’s birthday this year together due to the pandemic, but they often bond through video chat. 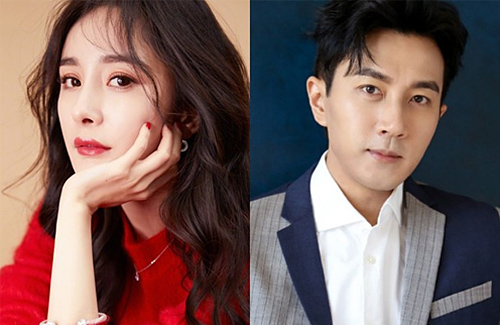 An Invitation to Join Reality Show

Last year, Hawick attended his daughter’s school’s annual dinner and they sang a duet together. Little Noemie seems to have inherited her parents’ talent for performing, as she did not show any signs of stage fright and won the applause of the entire school. The event was covered by the media, and subsequently revealed Noemie’s face to the world, which Hawick did not mind as he prefers to let things happen naturally. When he encounters reporters while picking her up from school, he rarely covers her face.

As the public’s interest in Noemie is very high, a producer asked Hawick to bring his daughter on a family reality show. It is said that Hawick is interested, as these shows are very popular in China and it would be a good opportunity to introduce Noemie to her parents’ line of work.

In contrast to Hawick’s more easygoing parenting style, Yang Mi is strongly against Noemie’s public exposure. As a mother, Yang Mi feels that her daughter’s safety is her bottom line. Worried that Noemie is still very young and susceptible to the effects of the outside world, Yang Mi does not want Noemie to be forced into the entertainment industry which would compromise her childhood.

Cherishing her privacy, Yang Mi would protect her daughter by covering her face and hiding her voice before the media. Once arranged to have a phone call with her daughter on a show, Yang Mi immediately expressed her reluctance. Afterwards she shared, “I would rather take off my makeup 10,000 times [before the camera] than make that phone call.”

Taking Noemie on a reality show never crossed Yang Mi’s mind. “I said never in my lifetime–I would rather be beaten to death instead! I already have no more secrets, but I hope to be able to protect my family.” Given Yang Mi’s strong stance, she and Hawick are allegedly at odds over Noemie’s appearance in a family reality show.

In response to their strained relations, Hawick seems to have taken a step back and expressed that he has no intention of participating in the reality show. “From the beginning, I never thought of bringing my daughter on a show. I am not at odds with my ex- wife. I only want my daughter to have a happy life,” the actor said.

Yang Mi Only Spent 37 Days with Daughter in 3 Years?