With fame comes attention, and this is especially the case for high-profile celebrity couple Huang Xiaoming (黄晓明) and Angelababy (楊穎). Even their son, “Little Sponge,” is often thrown into the spotlight, as he was recently photographed in Hong Kong with the 29-year-old actress, who is in town for work. Forgetting last year’s lesson, the Hong Kong media once again exposed the two-year-old’s face without censoring it.

In the photos, Angelababy was sporting a bare face without a mask and donning a black short sleeve t-shirt. The petite starlet seemed to struggle when she exited the car carrying Little Sponge, who’s visibly bigger than before. Once she let him down, the child was very active and happy, holding onto her hand, walking together slowly.

It’s been a while since the toddler returned to Hong Kong, so his relatives are taking advantage of his visit to bond with him. Helpers, drivers, and relatives accompanied the mother and son duo. Despite receiving help, Angelababy had dark eye circles and a pale face, most likely a result of juggling work and caring for Little Sponge.

On the other hand, the youngster seemed very chubby and healthy. Although the photographs were censored with a mosaic block, his full face was revealed on the publication’s cover. But it’s not the first time the Hong Kong media exposed Little Sponge’s face. When he was less than a year old, the Hong Kong media photographed and released his photos without censoring him. The images garnered a lot of attention, as it was the first time the baby’s appearance was revealed. Netizens commented he resembled a young Huang Xiaoming while his face shape was the same as his mother’s.

When Xiaoming saw those photos first thing in the morning, he lost his temper and immediately bashed the Hong Kong media in an angry post published on Weibo. However, the actor deleted it in the evening and replaced the bashing with a more mellow post. In it, he asked the media for more privacy, especially when it came to Little Sponge. “I understand, that as a public figure, space for privacy is something that cannot be forced upon,” he wrote. “However, I still hope to give my son a normal life, for him to be able to grow without the attention of others.”

As for Angelababy, she echoed the same sentiments in a previous interview. 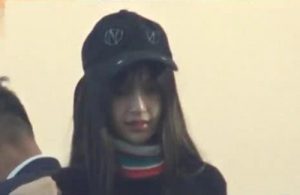 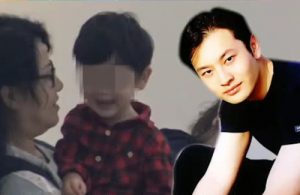