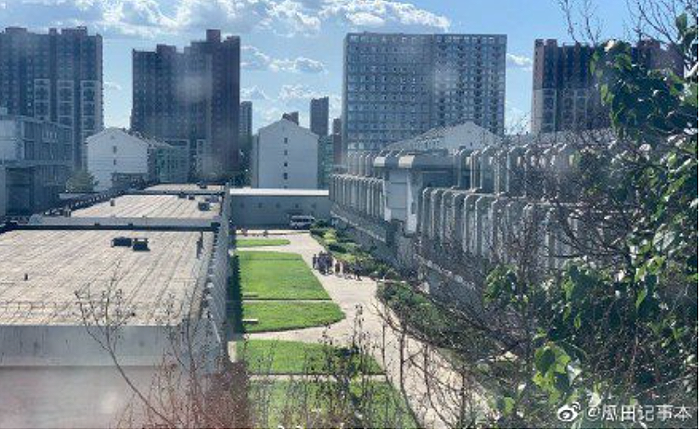 Recent photos of the detention center circulated online, and the facility is shown to have a large yard with many trees. Many people were seen waiting outside the detention center every day, with some fans pleading to visit Kris. Some netizens stated that this is the first time they have ever been so close to Kris in terms of proximity, as they are “separated by only one wall.” 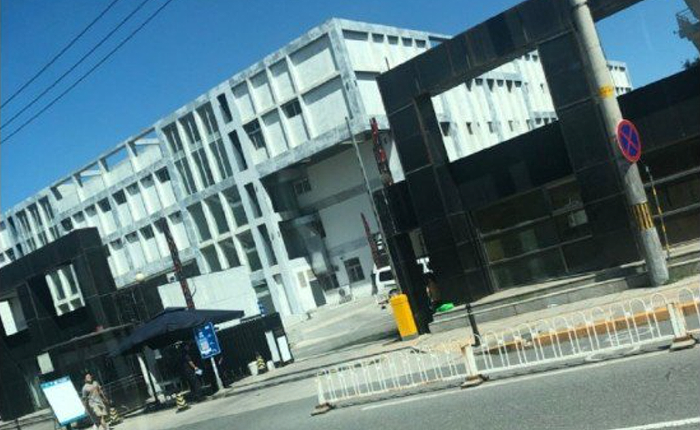 Based on a photo which revealed the interior of the facility, 14 to 18 detainees share a room which is very cluttered, with shoes everywhere on the floor. All the detainees are required to wear blue vests and do daily chores in the facility. The man in the red circle is said to be Kris, but the photo is too blurry to validate whether it is indeed him.

Others proclaim that Kris is a celebrity and as his case is very high profile, he may be kept in a private room by himself while awaiting trial.

With Kris’ case taking the Chinese entertainment industry by storm, the People’s Daily newspaper in China openly criticized the situation and stated that celebrities with extreme popularity must be more self-disciplined. The more popular the celebrity is, the more law-abiding he should be. They also added, “Having a foreign citizenship is not a shield. Popularity will not spare you from the law. Those who break the law will be prosecuted accordingly.” 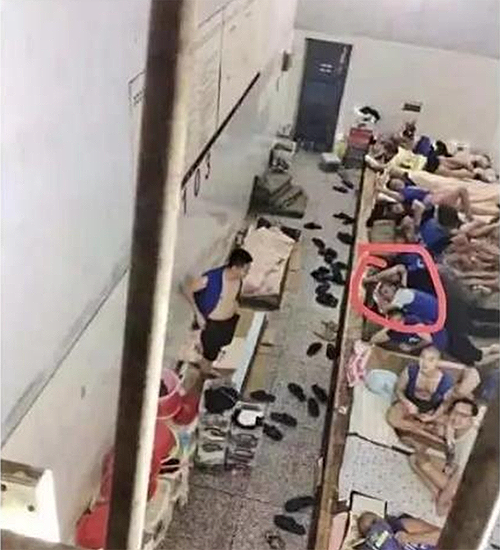