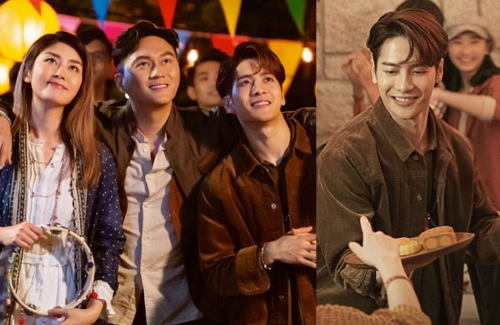 Excited to work with Kelly and Chilam

A fan of Kelly and Chilam, Jackson was very excited to be working with the two stars. Jackson described that the first time he met Kelly and Chilam was like meeting his idols and he joked that he wanted to touch them to make sure he wasn’t dreaming.

In the new commercial, the three ambassadors form a band called “Moon Trio” and will be going on a “Moon Tour” to spread joy. Sharing energy and positivity, Maxim hopes to share their message, “Moon cake and music can bring people closer.”

Showing his love for moon cakes, Jackson shared he especially loved the snow skin moon cakes and the custard moon cakes. One time, Jackson even ate six moon cakes in one day! When asked what new flavor Jackson would like to create, he quickly replied “Chocolate mint. If they are really making my flavor, please include my name. Jackson Wang and then Mint Chocolate! Wow!”