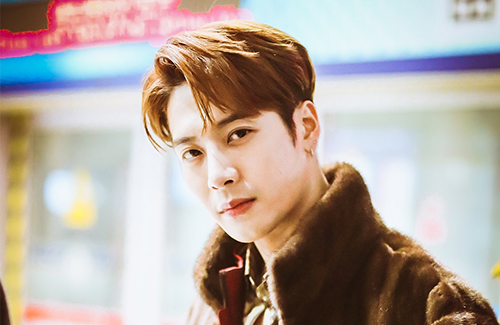 K-Pop star Jackson Wang (王嘉爾) of GOT7 is a force to reckon. Winning “Weibo’s Original Musician of the Year” at the Sina Weibo Awards, Jackson promised his fans that he will focus on creating more music for 2019.

Winter this year has been harsh, but the 24-year-old Hong Kong native shared that he doesn’t really bundle up when he’s sleeping. “The underpants that my mother buys for me are very warm… I can use them as a blanket,” he said with a laugh.”

Jackson didn’t mind sharing more, saying, “All 30 pairs are from my mother! I’m wearing one now.” Sharing that he wrote red underwear yesterday, he said, “Today I’m wearing one that he has the character ‘fortune’ on the left side, and upside down fortune [for good luck].” When reporters tried to get him to reveal more, Jackson joked, “No comment!”

When reflecting his career in 2018, Jackson said he regrets not having enough time for his supportive friends and fans. His goals for 2019 is to spend more time making music and hold a fan event. “In January, I have two music collaboration. I may release my own solo piece in February. In March, I’ll be holding my very first birthday party.” He expressed that he wants to treat the birthday party as a teaser for his upcoming concert: “I’m thinking about doing a stage performance. I’ve been working hard in preparing for that.”