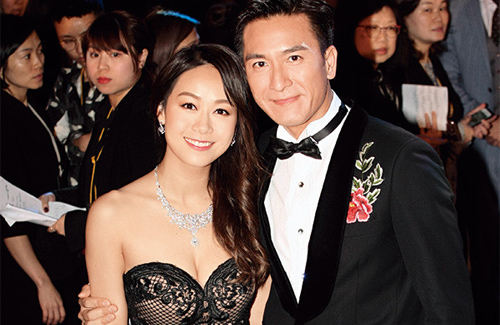 Disgraced after her cheating scandal with Andy Hui (許志安),  Jacqueline Wong (黃心穎) went to Los Angeles for eight months before returning to Hong Kong in December. Aside from speculations that she wants to make a comeback in the entertainment industry, rumor has it that Jacqueline also wants to salvage her relationship with former boyfriend, Kenneth Ma (馬國明).

When Jacqueline was confronted by the press at the airport, tears began rolling down her face. She immediately acknowledged her mistake and thanked her family, friends, and coworkers for their support. There were rumors that she even changed her name and occupation to hide from the press, but Jacqueline immediately said she has no intentions to either change her name or career.

Prior to her scandalous tax ride, Jacqueline and Kenneth were in a stable relationship for over three years. Although Kenneth admitted he was angry by the betrayal, he still asked the public to forgive Jacqueline for her mistake since “she is still very young.” The 45-year-old actor said he hasn’t seen Jacqueline in a long time.

But is eight months enough time for Kenneth to forgive Jacqueline and possibly give their relationship another chance? An inside source revealed that Jacqueline’s main reason for returning to Hong Kong to ask for Kenneth’s forgiveness. She was afraid that if more time elapsed, there would be even less chance to get Kenneth back. 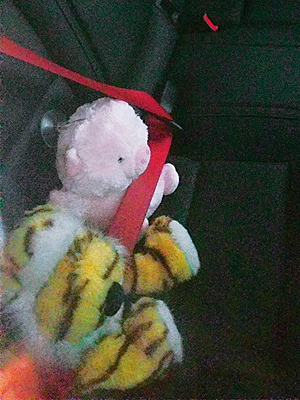 While Jacqueline was in Los Angeles, Kenneth had appeared stiff and awkward in media interviews. When the media had confronted Kenneth about what he thinks about Jacqueline’s return to Hong Kong, he had said “no comment,” but his spirits seem to have livened up since. Kenneth’s good mood was noticeable while filming on set recently.

Another telling sign that Kenneth may still have a soft spot for Jacqueline is that he kept a momento of their relationship. In the back seat of his car is a pair of stuffed animals, a tiger and pig, which symbolize the couple and their good times together.

24 comments to Jacqueline Wong Returns to HK Because She Wants Kenneth Ma Back?