Karena Ng: Love Is About Timing, It Can Be the Right Person at the Wrong Time 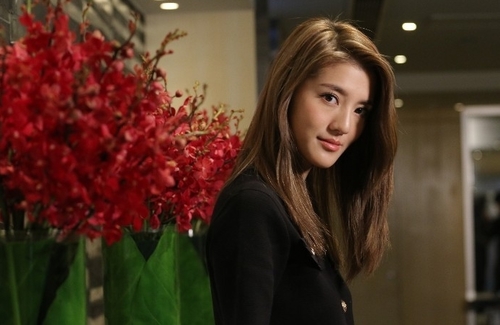 Nine years ago, actress Karena Ng (吳千語) entered the entertainment industry at just 17 years old, allowing the audience to witness her transformation from a happy teenager to a woman. Often described as mature, the 25-year-old admits she is comparably more mature than her peers and accredits it to the field she’s in. Not to mention, she already has a clear understanding of what qualities she wants in her other half.

She Wants Someone with Standards

As an avid foodie who knows how to cook, she hopes her significant other also has expectations when it comes to food. “It’s fine if he doesn’t know how to cook, as long as he knows how to appreciate food, or else it’d be painful if I can’t share the joys of eating with him,” she said.

Karena added that she’s a great travel companion as she does plenty of prior research, especially on food. “I have a few friends who are fine with eating McDonalds and KFC every day, so it’s difficult traveling with them. Thus, when I’m traveling with them, I would bring another friend who has certain standards for food, so the group can split up at mealtime,” Karena revealed.

Speaking of food, she mentioned the most delicious meal she had was in France. “I was so jetlagged, but my dinner was prepared by a Michelin award-winning chef. He had a dish called ‘Chicken Duck,’ which was very unique because it was half chicken and half duck sewed together and cooked under the same temperature. I tasted duck when I ate the chicken part, and I tasted chicken when I ate the duck part. I immediately woke up because it was so shocking.”

The actress also looks for compatibility in her future partner, as she wants to be able to share her interests with him. “I want him to also genuinely like my interests and not pretend that he does,” she explained. “Also, just being able to share life’s little joys with him. For example, it’s really important for him to get my jokes since humor is really important to me.”

Timing Has to Be Right

However, Karena said she is bad-tempered in front of her boyfriend, but the complete opposite when it comes to her friends. “I think it’s the same with everyone… you’re bad-tempered in front of people closest to you – be it your family or your other half. This is something I realized as I got older, so I’m trying to change it, but it’s hard,” she admitted.

On the topic of relationships, Karena revealed she is currently single and expressed, “Love is all about timing. It can be the right person, but if they show up during a bad time, then we aren’t fated.”

She also said she’s not the type to chase after a guy unless the guy also likes her. “If the guy I like doesn’t like me back, then I’ll be like whatever.”

5 comments to Karena Ng: Love Is About Timing, It Can Be the Right Person at the Wrong Time