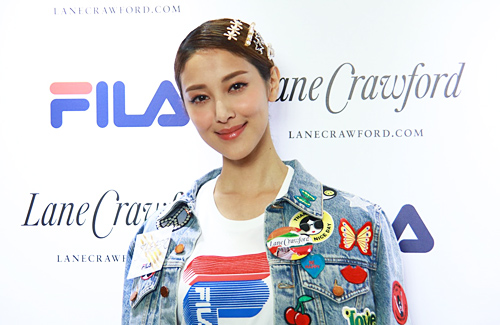 The couple celebrated their first wedding anniversary with yellow roses and a simple meal while taking care of their son.

Celebrating her first wedding anniversary with husband Kevin Cheng (鄭嘉穎), Grace Chan (陳凱琳)  was pleasantly surprised by the yellow roses he had prepared, which Kevin had also used when he proposed to her. “A year has passed so quickly. That day, both of us simply spent the time taking care of our son and having a meal together.”

The 28-year-old mom also shared that their son Raphael has started eating solid foods since turning six months old, while she would cook up plenty of dishes in the kitchen to satisfy herself.

Asked if she would be throwing a party for their son when he turns six months, Grace spilled that Kevin had started complaining about her holding a party every month for Raphael. He told her, “It’s enough. Let’s celebrate when baby really turns one year old.”

Temporarily being a full-time mom to care for Raphael, Grace has taken the time at home to bake more cakes. Since Kevin and Grace are the ones who have to finish it since babies can’t eat cakes yet, Kevin thus commented, “I don’t know who you’re baking them for.”