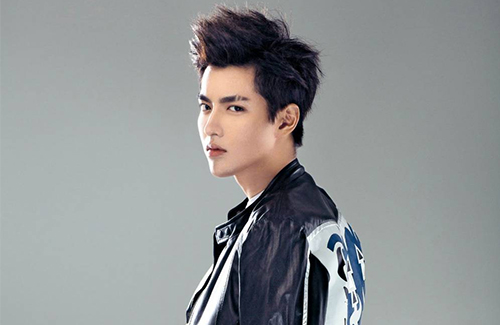 Rising actor Kris Wu (吴亦凡) has issued a statement by his lawyers to warn that legal action will be used against the perpetrators who have spread unfounded rumors about him around the Internet in the past week.

The 25-year-old Guangzhou native, also a former Chinese member of the K-pop boy group EXO, was subjected to a series of negative reports that slandered his reputation in the past week.

The incident started on the morning of June 14th, when a Weibo user known by the name of “Little G-Na” shared a few screen captures of a suspicious WeChat conversation on her blog. In the post, she claimed that Kris had just “disappeared on [her]” and demanded an answer from him. In her message, she implied that she was Kris’ girlfriend, saying, “Even if you wanted a breakup, you should at least say it.”

A while later, another netizen known as “Love Fan theway” revealed two pictures of a man who resembles Kris, sleeping on her bed. The WeChat conversation and the two photos were widely spread online, including various audio clips. In these rumors, it was suggested that Kris had dated and slept with multiple women.

After nearly two days of silence from Kris’ camp, the actor and his team released two official statements on the evening of June 16th. The first one was an announcement that Kris has signed with Jackie Chan’s (成龍) agency, Sparkle Roll Media. The second is a legal statement issued by his lawyers, which stated that it would take legal action against the defamers.

The statement said the suspicious media that had been spreading online were all fabricated, misleading, and edited. Kris’ lawyers said the content all appeared to have been released in an extremely coordinated manner, with a “higher than average” performance. The statement proceeded to name the Weibo users involved in spreading the misinformation, expressing that they have crossed the boundaries of free speech and violated laws. The firm has already contacted authorities about the incident, and will follow regular reporting procedures.

While many fans came forth to support Kris, some netizens were not so impressed. One netizen pointed out the awkward timing between the rumors and Kris’ official signing with Sparkle Roll Media, saying, “It now makes sense why [a statement] wasn’t released earlier. He was in the midst of changing teams. This was probably a good time to spread rumors about him.”

Another netizen was skeptical about something else entirely. It said, “I feel that this statement isn’t very convincing. If none of that actually happened, why didn’t they sue Little G-Na?” Another said, “They didn’t even show proof that it wasn’t true.”