Mainland Chinese actor, Lin Gengxin (林更新), has recently been hiding in the sidelines after he was reportedly in a contractual dispute with his management company, Chinese Entertainment Shanghai (also known as Tangren). Unwilling to attend functions and shoots arranged by Tangren, Gengxin also refused to star in the anticipated Tangren-produced blockbuster drama, Bu Bu Jing Qing <步步惊情>, a sequel to the popular palace drama Bu Bu Jing Xin <步步惊心>.

However, the controversy does not end there. On February 23, the 25-year-old star was seen acting intimately with his girlfriend at the Shanghai Pudong International Airport. Standing at 186 cm tall, Gengxin’s girlfriend only came up to his chest. When photos of the couple kissing were published online, fans bombarded his girlfriend’s Weibo. Some were highly supportive of the young pair, exclaiming that their dramatic height difference is similar to a cute manga couple. Other fans complained that his girlfriend is too plain-faced.

It was an open secret to his fans that Gengxin was dating his girlfriend of four years. Both students at the Shanghai Theater Academy, his girlfriend also comes from a wealthy background.  The Shenyang-born Gengxin allegedly stayed at his girlfriend’s family manor when he was studying in Shanghai. Parents from both parties also approved their relationship.

Regarding Gengxin’s exposed relationship, a Tangren representative expressed on February 22 that the company never placed any restrictions on the dating lives of their managed artists.

When Gengxin debuted in the industry two years ago, he claimed that he did not have a girlfriend. Polite and courteous, the paparazzi once pondered to whether or not Gengxin was homosexual, but these rumors quickly died down when his relationship with his Shanghai Theater Academy classmate came to light. Now that Gengxin is in the process of terminating his contract with Tangren, Gengxin is showing his rebellious streak by publicly affirming his girlfriend’s status to the public.

As for whether Gengxin will appear in Bu Bu Jing Qing, a Tangren representative stated, “We sent him the casting notice today. We really want the original cast to return. Kevin Cheng (鄭嘉穎) also promised to return in August to make a guest appearance.” Against Tangren’s knowledge, Gengxin agreed to star in Ringo Yu’s (于荣光) upcoming period drama, Legend of Dance <舞乐传奇>. On February 24, the cast and crew of Legend of Dance attended a press conference in Ruili, Yunnan. Although Gengxin was in Ruili at the time, he did not attend the press call.

Legend of Dance, produced by Yunnan Television and Ringo’s production studio, will star Lin Gengxin as Prince Shwenandaw from the city-states of Pyu (Ancient Myanmar). The drama will document the prince and his dancing team’s laborious journey to Tang China’s capital, Chang’an, in order for a chance to perform for the emperor. Legend of Dance, with a production budget of over 50 million RMB, is a sister production of the 2012 blockbuster, The Wood House Storm <木府风云>.

Ringo Yu avoided questions regarding Gengxin’s absence at the press conference. The drama’s producer, Jiang Xiaorong (蒋晓荣), said Gengxin was absent due to a personal emergency. Ringo was asked if Tangren was notified about Gengxin’s casting in the drama, Ringo said simply, “I don’t know.”

Ringo gave a cryptic response when he was asked if he plans to sign Gengxin under his company, saying, “It depends on whether the conditions are ripe or not.”

Jiang Xiaorong immediately elaborated on Ringo’s statement and stressed, “We never pry people from their companies. Lin Gengxin’s casting was arranged by our management team. His [dispute with Tangren] is his business. He will have to solve his own problems. We will not get ourselves involved.” 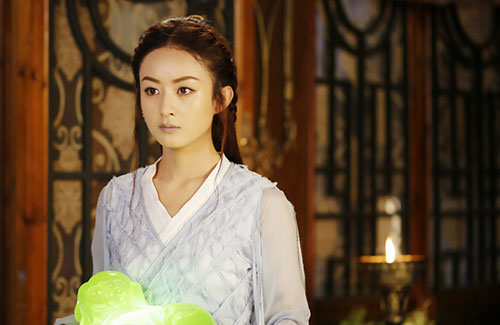 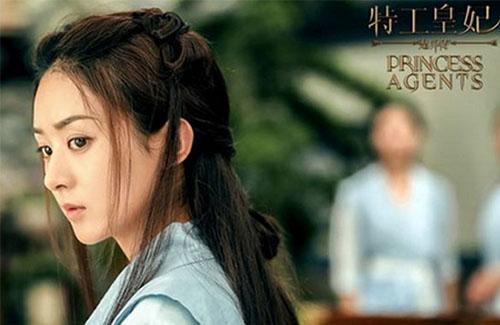 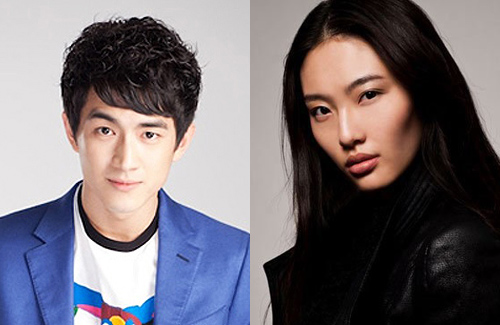 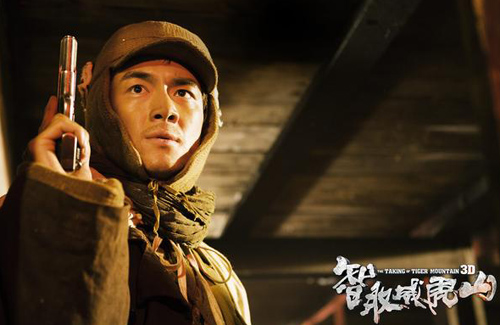