Myolie Wu on Giving Up Her University Degree 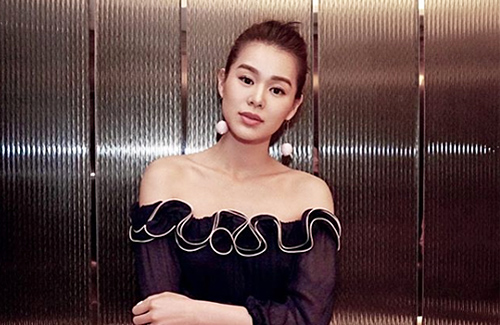 Invited on Flora Chan’s (陳慧珊) new education program After School <放學後>, Myolie Wu (胡杏兒) reflects on her decision to give up earning her university degree. After winning Miss Hong Kong 1999 second runner-up, Myolie choose to withdraw from university when she was 19 years old. She didn’t want her education costs to become a burden for her father.

Although her father worked in the government sector, he had to financially support Myolie and her two older sisters. With Myolie studying abroad for high school in Ireland during that time, her allowance was only £200 (approximately $2000 HKD) every six months and she would only be able to use $10 HKD a day. She learned how to budget carefully.

Returning to Hong Kong to attend university, Myolie chose a different road in hopes of lessening the burden on her family. She expressed, “I already knew that my dad would reach retirement age by the time I got into my first year of university. I didn’t want him to continue working after retirement just to support my education.”

Listening to her roommate who told her about the Hong Kong Pageant, Myolie decided to enter as well despite her father’s objections. She recalled, “My dad was very against it. He thought I should finish school first and get a degree before doing whatever I want.”

Myolie joked how she may have become a doctor if she didn’t choose acting. Laughing, Myolie told Flora that she has actually never played a doctor role despite acting for two decades. Portraying numerous doctor roles in the past, Flora exclaimed, “I’ll trade with you – I’ve already played it too many times already.”

Myolie’s husband, Philip Lee (李乘德), had studied in England and spent the majority of his life there. However, many people noted that Philip seems to be more Chinese than Myolie. “Despite the fact that he lived [in England] for 30 years, his family is a very traditional Hakka family and they speak Hakka at home. That’s why my husband seems more Chinese and why he’s more traditional than I am. I feel safe with him teaching our children knowing that he possesses such qualities.”

9 comments to Myolie Wu on Giving Up Her University Degree