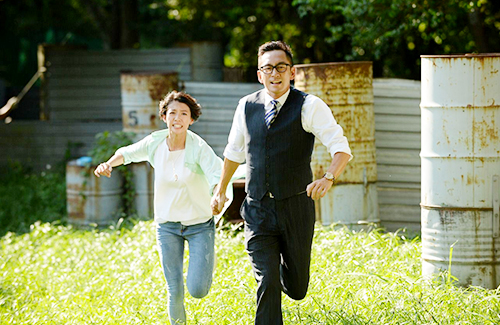 Presumed Accidents was met with hesitance at first. Sisley Choi (蔡思貝), who costars in the series along with Selena Li (李施嬅), Lai Lok-yi (黎諾懿), Raymond Cho (曹永廉), and Joyce Tang (滕麗名), rounded up poor critical reviews when she delivered a less-than-stellar lead performance in last year’s Young Charioteers <衝線>. In addition to Presumed Accidents being her third drama of 2016, netizens said Sisley’s exposure could be overkill.

However, many netizens were pleasantly surprised with Sisley’s performance in Presumed Accidents. After the broadcast of the first episode on Monday, quite a few netizens left some positive reviews for Sisley, noting her obvious acting improvement.

One netizen remarked positively, “Honestly, the first episode was not bad at all. I also feel that Sisley Choi’s acting has improved, and I think this drama is worth a chase. Hopefully it’ll continue to do well.”

Another netizen pointed out that Sisley has showed steady improvement after Speed of Life <鐵馬戰車> and Fashion War <潮流教主>, both which have aired this year. With three features in one year, it is very likely that Sisley would win this year’s Most Improved Female Artist award.