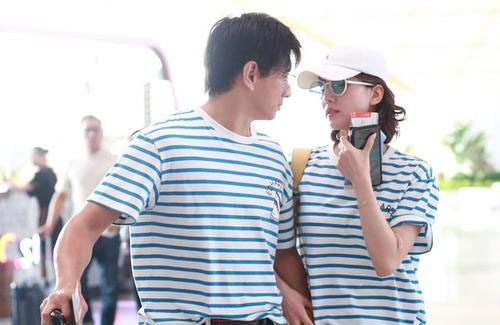 While it has been three years since “Fourth Prince” Nicky Wu (吳奇隆) and Cecilia Liu Shishi (劉詩詩) have tied the knot, there’s still no news of a baby. In fact, there were even rumors that the couple were at the brink of splitting up earlier this year, but that was quickly debunked.

Reporters noticed that Nicky has slowed down his work output this year, and when he was approached about the matter in an interview, Nicky said he wants to “go back” to living his life. He said, “I don’t want to just focus on work. In the past, I would film up to three dramas a year. It was literally job after job. Now, doing dramas is just one part of my life. I want to save my other parts for my family.”

He added, “In the past when I only did acting, I would always think about what other projects to do next after finishing one. I’d get impatient if I’m not working. Now, I know what I want. I know what makes me relaxed, comfortable, and happy.”

Nicky’s comments have led to speculations that the couple are trying for a baby, but we would most likely never find out until that day comes.

2 comments to Nicky Wu Turns Down Jobs to “Make Babies”