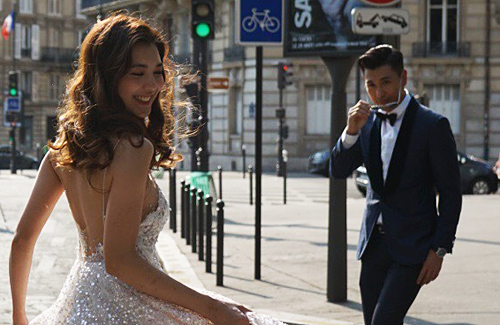 Yesterday, Ruco Chan (陳展鵬) announced that he will be wedding girlfriend, Phoebe Sin (單文柔), in October. With congratulations pouring in from everywhere, Phoebe spoke with The Scoop <東張西望> today about Ruco’s proposal.

It was not a coincidence that Ruco chose to announce his wedding plans at this time. September 11 marks the two-year anniversary of the couple’s first meeting. Phoebe had participated in Miss Hong Kong 2016 that night, and Ruco was one of the pageant’s judges. Although Phoebe was not placed, Ruco publicly said he had a very good impression of her.

With only one more month before their big day, Ruco and Phoebe excitedly shared more wedding photos on their social media accounts today. Ruco captioned his photos, “It’s her, and can only be her.”

Wearing two different dresses in her wedding shoot, Phoebe preferred dresses with fluid shapes that were sheer and sexy. Phoebe’s beaded wedding dress is from designer Inbal Dror, who also dressed Gaile Lok (樂基兒) and Sarah Song (宋熙年) for their weddings. The second wedding dress that Phoebe wore in  her wedding photos, which feature a plunging neckline and ties at the shoulders are from designer, Berta, who also dressed Tavia Yeung (楊怡) on her wedding day.

“Ruco has plans for everything. He is a very traditional person. When he proposed, I realized that he already thought about marriage for a very long time. He felt he had to keep his promise and responsibility, so he didn’t say it out loud. But Ruco was confident that I would say ‘Yes’ when he proposed,” Phoebe said.

The first time Ruco asked Phoebe to marry her at home, she said, “No”. Although her heart was melting, Phoebe wanted Ruco to be more romantic in his proposal. She had seen his proposal scenes in his dramas before and wanted Ruco’s gesture to be more grand. When the couple traveled to London last month, Ruco knelt down and proposed to Phoebe again. She finally said, “Yes”.

The couple will hold a small wedding celebration in Hong Kong in October. 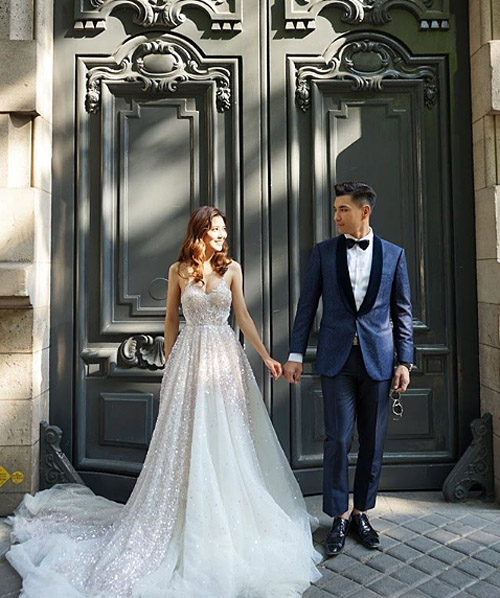 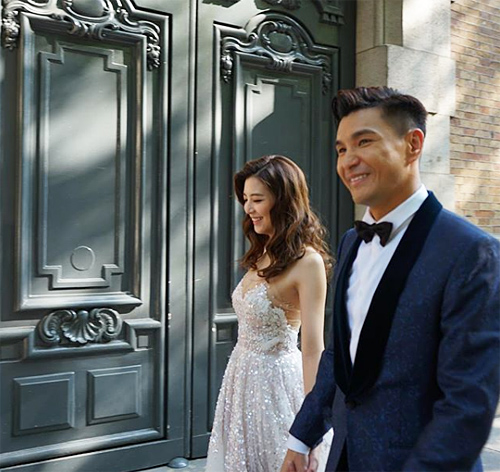 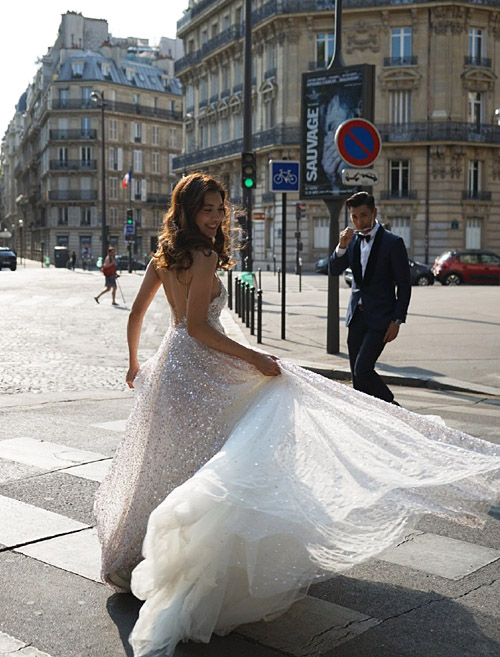 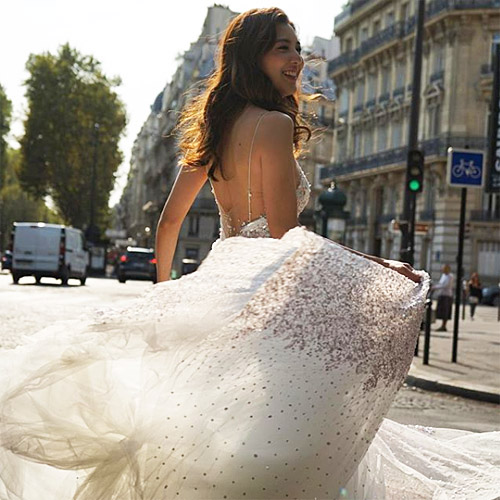 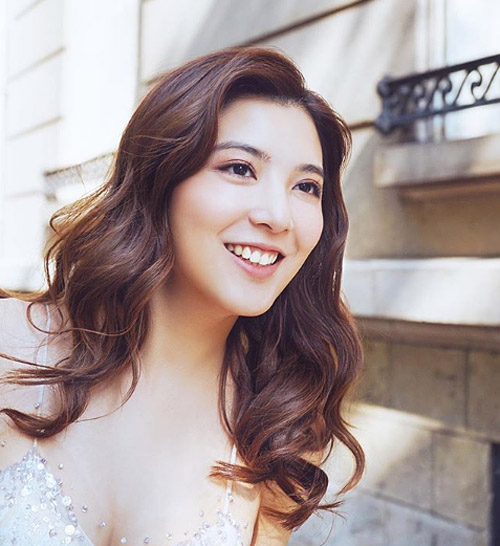 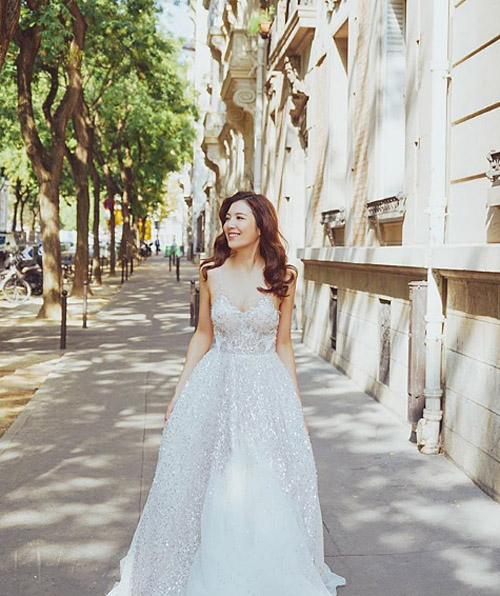 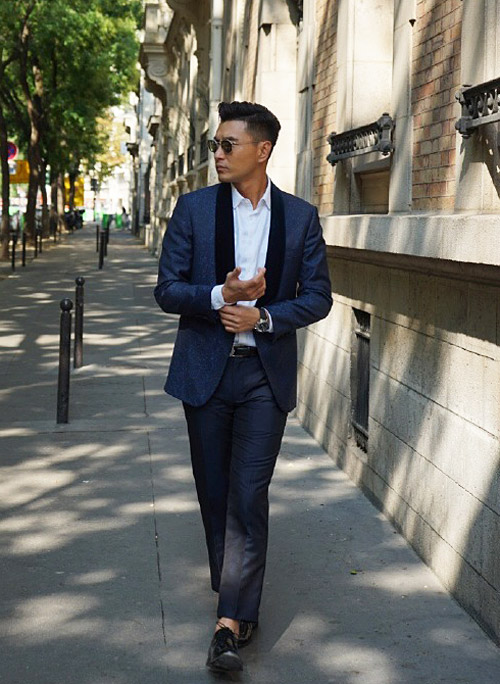