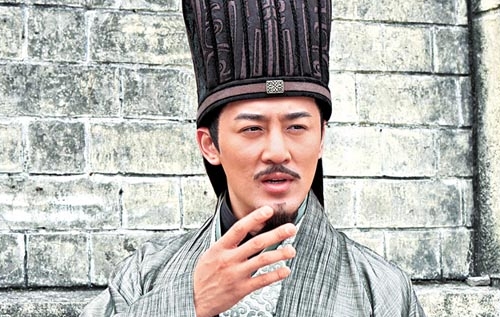 Since Mavis Pan Shuangshuang revealed bed photos with Raymond Lam Fung, the TVB star went through an emotional rollercoaster. Allegedly, Mavis may possess additional intimate photos which could potentially hurt Raymond. Fortunately, he was protected by TVB. Next month, Raymond will make strong advances in the television, film, and music industries. Raymond’s series, Return to the Three Kingdoms <回到三國> will be broadcast as an Anniversary series in the November timeframe.

On May 16th, TVB will be airing My Sister of Eternal Flower <花花世界花家姐> in Hong Kong, replacing the time slot for Relics of an Emissary<洪武三十二>. In the series, Raymond will co-star with Charmaine Sheh Si Man, who portrays a mentally-challenged girl. The attraction in this series is quite high and may rebuild Raymond’s positive image in the eyes of the audience.

Raymond will complete the filming of Return to the Three Kingdoms by June. Allegedly, TVB was interested in marketing this series as an Anniversary series and will air it in November. Since the TVB Anniversary will be held in December, TVB was paving the path for Raymond to win the Best Actor Award!

A TVB Public Relations representative said, “The airing date of My Sister of Eternal Flower was decided after Relics of an Emissary a long time ago. Since Raymond is a singer, then it is normal to have him sing the theme song of Return to the Three Kingdoms. I do not know whether Return to the Three Kingdoms will be an Anniversary series or not yet. They are still filming the series and there will be need for post-production work.

Aside from the Best Actor Award, TVB also intended to give Raymond the Best Male Singer title in January 2012’s Jade Solid Gold music awards.Raymond. At the end of the end of July, Raymond will hold a mini-concert series at the Hong Kong Coliseum. Due to his upcoming concert and singing the theme song, Raymond had good chances to win the Best Male Singer Award.

In addition, Raymond’s new film opposite Jet Li, Charlene Choi and Eva Huang, The Legend of White Snake <白蛇傳說> will be released on September 23rd. Portraying the scholar Hui Sin in the film, Raymond will promote the movie in China at the time. In December, Raymond will film a mainland drama. With a packed schedule planned for the rest of the year, Raymond will likely be so busy he will be coughing in exertion!

“Indulging in your lust is equivalent to hanging a knife upon your head.” Since the exposure of Mavis Pan and Raymond Lam’s bed photos, Raymond’s former good image was destroyed. Although loyal fans supported Raymond, the onslaught of intimate photos may have impacted Raymond’s career. As a result, TVB intervened to ensure that Raymond will continue to dominate the television, film, and music industries.

Below is Raymond Lam’s schedule for the remainder of 2011:

May 16: TVB series, My Sister of Eternal Flower to air in Hong Kong

June: Complete the filming of Return to the Three Kingdoms

End of July: Concert at the Hong Kong Coliseum

November: TVB to air Return to the Three Kingdoms in Hong Kong 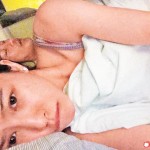 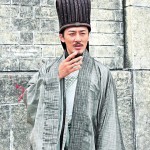 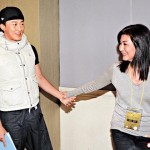 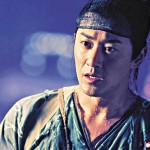 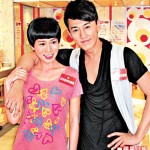 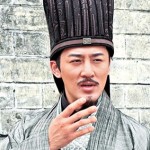 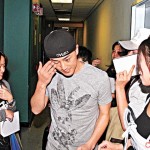 Jayne: Wow, 2011 is indeed a busy year for Raymond! I look forward to hearing more about “The Yang Saga,” as it will bring together many hunky men. “The Yang Saga” is a sad epic as most of the men die in the film. I guess Cecilia Cheung’s “The Yang Warrior Women” will likely be released this summer and Raymond Wong is following up with the male version!