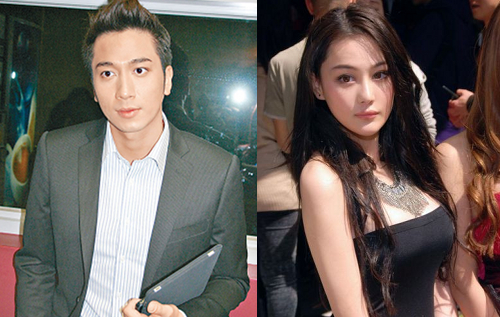 Viann’s manager clarified the rumors and noted that Viann and Mavis only met on one occasion, at a group dinner. Viann and Mavis was only acquaintances and did not maintain contact with each other. Currently filming <戀夏戀夏戀戀下> in China , Viann said, “I only learned about the bed photos scandal through the newspapers.” Asked whether Viann met with Ron when she traveled toHong Kong earlier, Viann said she did not.

When reporters pointed out that Raymond and Ron were both toyed by mainland women, Ron protested, “My rumors were fabricated!” (Did Ron comfort Raymond?) “I do not want to disturb him. If he wants to talk to me, he will call me. He’s already 30 years old. He’ll be fine!”

Jayne: If Ron Ng did have a relationship with Viann Zhang, it is probably over now. Many people do see similarities between Viann and Mavis, since they are not Hong Kong natives and not too well known by the public except for their figures. Viann might be on her way to bigger film stardom though, as she’s been dubbed as the next Fan Bingbing.