Ron Ng Self-Exposed His Romance With Viann Zhang; Requests Fans To Be Self-Disciplined 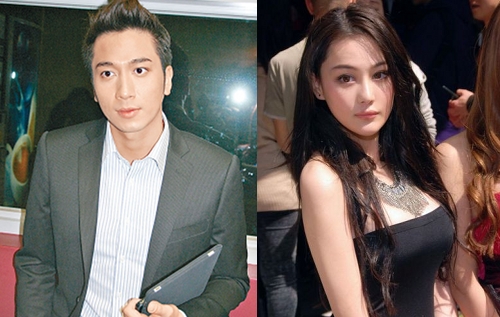 The bubbling rumors between Ron Ng (吴卓羲)  and Viann Zhang (张馨予) has finally been verified. The couple involved tweeted some messages over Weibo, publicly admitting their romance. Ron urged his fans over Weibo not to attack Viann and added, “If you guys really support me, please respect her.”

Almost instantaneously, Viann tweeted a message dedicated to Ron’s fans, “If it were me who had ruined your childhood dream, I  thereby apologize. I believe those who truly support will not leave!”

Ever since Ron stepped into the industry, he has been rumored first with Sire Ma (马赛) and then with Kate Tsui (徐子珊). Before that, he was acquainted with 24-year-old mainland artist, Viann Zhang, while filming Pretty Maid <大丫鬟>.

In June, Ron was snapped by the paparazzi fetching Viann from the airport and driving her back to his apartment. At that time, both of them denied those rumors. However, this morning, the couple behaved out of the norm and disclosed their relationship on Weibo.

Fans’ attack on Viann made Ron unable to hold his silence any longer. He wrote on his own Weibo page, “Those who dote on me, actually I feel that Weibo is a healthy platform for learning.  Do not use this platform to scold anyone or write any disrespectful words. Please respect yourself. Respect others and respect me.  Hope everyone can calm down a little and respect yourself and be self-disciplined.”

Following his previous tweet, Ron Ng added, “If you guys really support me, please respect her.” Viann soon tweeted back in reply to Ron’s tweet, “This is dedicated to Ron Ng’s fans: If it was me who had ruined your childhood dream, I  thereby apologize. I believe those who truly support will not leave!” thus publicly acknowledging their relationship. 168 comments to Ron Ng Self-Exposed His Romance With Viann Zhang; Requests Fans To Be Self-Disciplined