Natalie Tong Has a Lot of Action Scenes

Portraying a temporary actress in the drama, Natalie will have many action scenes. Although bruises will be unavoidable no matter how careful she is, Natalie trusts the filming crew and is not too worried about getting hurt. 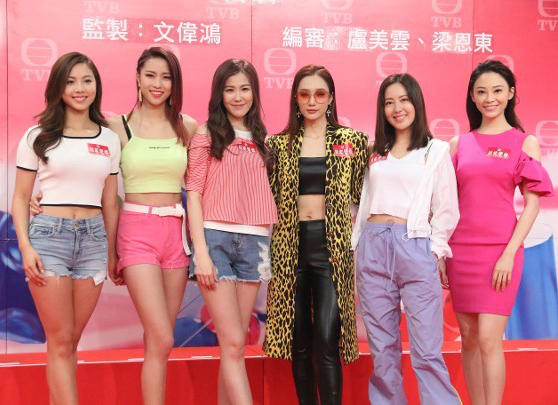 As she is close with Kevin Cheng (鄭嘉穎) and Grace Chan (陳凱琳), who is speculated to be pregnant with a second child, Natalie was asked whether she has the inside scoop. “Really? They announced it? I don’t know, but I don’t think it’s true–at least, I don’t think it’ll be this quick? Last time I was at a beauty label event with Grace, she was still very skinny and wore high heels. She didn’t seem pregnant. However, I do wish they would have another baby soon. Kevin really wants a girl, so I hope they can have children of both genders. I’ll tell him to work harder.”

At the blessing ceremony today, Ruco revealed that he has been given a second chance to revive his old music dreams with the possibility of a new contract. Initially wanting to be a singer at the outset of his entertainment career, Ruco’s record company ran into financial problems and closed down before his album was released.

The 43 year old said, “I’m currently in talks with two music labels right now – it’s being handled by my manager. When I first debuted, I initially wanted to become a singer. I recorded some songs, but never had a chance to release an album because my contract was terminated. It was a regret and huge disappointment. I’m grateful that TVB has given me so many opportunities with singing theme songs – it gave me confidence to sing again.”

Indicating that he has a lengthy contract with TVB, Ruco pledges his loyalty for years to come. “I’ll be willing to sign until I retire like Bowie Wu (胡楓).” Asked if this will influence him to sign with the TVB’s affiliated music company, Voice Entertainment, Ruco said, “There’s a chance, but it’s more important  for the label and I to gravitate towards the same direction.”