Ruco Chan (陳展鵬) makes a welcome return with Sinister Beings <逆天奇案>, which outperformed to expectations, averaging 26.4 viewership points in its first week of broadcast. This marks the highest premiere week opening among 2021 TVB dramas in the 8:30 p.m. timeslot.

Feeling very lucky with the enthusiastic reception, Ruco said, “It seems that we’ve found a good formula for filming police dramas. The most important thing is to film with a Hong Kong flavor.”

Packed with action, Sinister Beings has been very popular among Mainland Chinese viewers since airing. Ruco said, “I overheard producer Lau Ka Ho (劉家豪) telling the scriptwriters that the drama is very well received in China. Rosina Lam (林夏薇) also said her classmates in Xiamen are following the drama.” While Sinister Beings would not finish airing until June 11, Ruco believes the producer is motivated about having a sequel and it would be fun for everyone to work together again.

Viewers clearly missed Ruco’s absence from television screens for the past three years, and the ratings for Sinister Beings reflect this. Ruco’s wife, Phoebe Sin (單文柔) and daughter Quinta have been watching the drama every night as well.

Reporters asked how he feels about having higher ratings than Bobby Au Yeung’s (歐陽震華) comeback drama Shadow of Justice < 伙記辦大事>, especially since Bobby is nicknamed a “Ratings Lucky Charm.” For the week ending May 9, Shadow of Justice only averaged 23.4 viewership points. Although both dramas are in the police genre, Ruco believes the dramas are “differentiated by their scripts. A great script and storyline plus the right characters will create an unbeatable chemistry.” 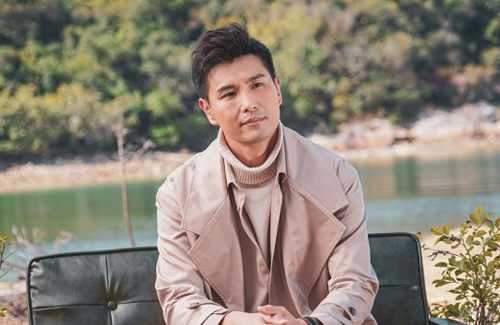