Many people sympathize with Grace Chow (周揚青) and feel that she had wasted nine years of her youth by dating serial cheater, Show Lo ( 羅志祥). Grace’s good friend, Laurinda Ho (何超蓮), knows exactly how it feels because she had gone through the same pain when her ex boyfriend had cheated on her.

After Laurinda’s announcement on social media, netizens are guessing that the cheater she was referring to was her ex-boyfriend, Taiwanese singer Kenji Wu (吳克群), whom she had dated for four years.

Laurinda’s painful past may have her taught her what to look for in subsequent relationships. Dating Chinese actor Shawn Dou (窦骁) for one year, Laurinda is happier and there have been speculations that the couple may even consider marriage.

Yesterday was the one-year anniversary of the day the couple publicly confirmed their relationship. Shawn has always been low key about their relationship, but at 12 a.m., he posted 17 photos showcasing their happiness together. The photos included some silly candid photos that they took of each other. In one snapshot, Laurinda was leaning back on a boat enjoying the ocean breeze in an eye-catching red swimsuit. There was another photo of her in a tank top, but it must have been too revealing as he used the paint function to cover her chest! He also posted some photos of them on vacation sharing a romantic candlelight dinner on the beach.

Netizens suspect that Shawn is openly sharing these photos to give reassurance to Laurinda. Unlike Kenji who was secretive in dating Laurinda, Shawn takes an open approach and acknowledges their relationship openly. 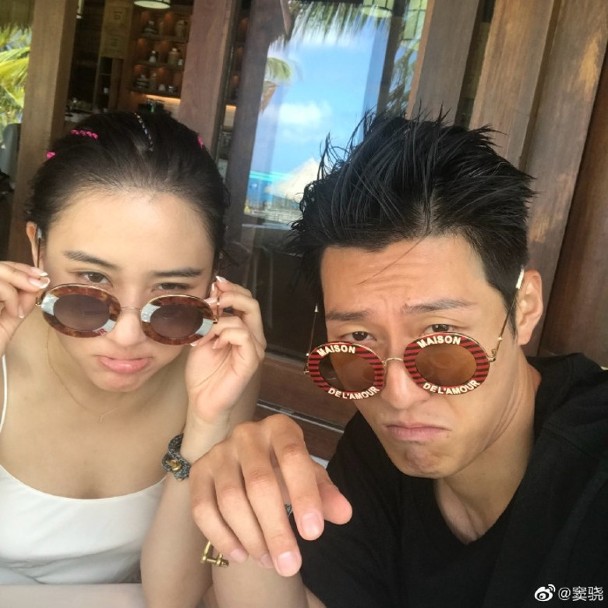 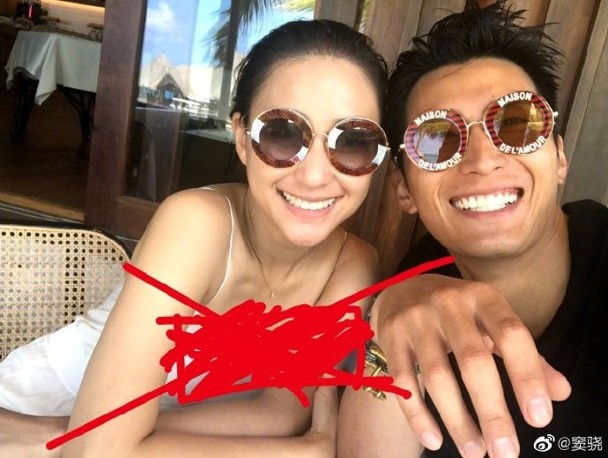