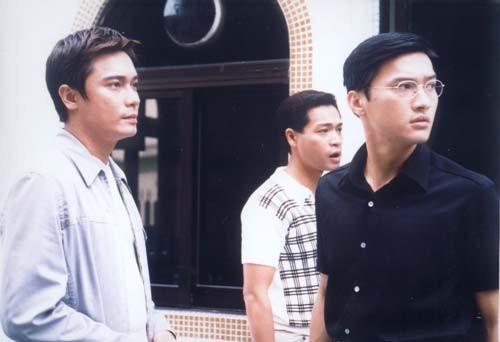 Former TVB actor Sunny Chan (陳錦鴻) attended the opening event of a new restaurant he has invested in. Sunny and his business partners have invested in five restaurants since 2003; this is the fourth one in Hong Kong. They also opened one in Guangzhou.

Pointing out that it is possible that Sunny could be a millionaire, Strawberry Yeung (楊玉梅) agreed, adding that Sunny is “a very wealthy man.” The humble laughed and shook his head. He explained, “I’ve gotten into business after SARS. My acting career was put into a forced hiatus. A friend recommended that I get into the food business. In fact, I came to know these business partners after doing research for my role in At the Threshold of an Era <創世紀>. Originally, I was in talks with someone else to open a small store, but then more people decided to join, so our store got bigger.”

In his new ViuTV drama Gau Chuk <教束>, which is currently in produciton, Sunny gets involved with three women. “Please tell me how I can reject this offer, haha! My son is now in his early teens, and sometimes I would read the script with my son. My son asked me why I’m not getting a divorce! He doesn’t understand why divorce isn’t as simple as it seems.”

TAGS: At the Threshold of an Era, Strawberry Yeung, Sunny Chan