Tavia Yeung May Be Having a Girl 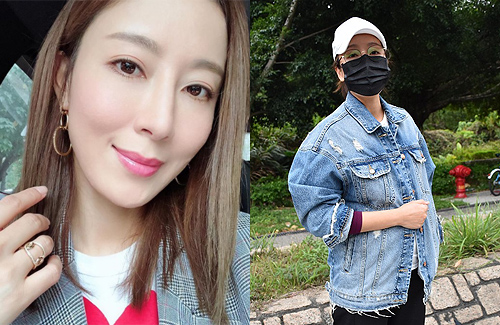 Last month, Tavia Yeung (楊怡) announced her pregnancy, and the delivery date is expected to be in May. Her husband Him Law (羅仲謙) has been taking really good care of Tavia to during her pregnancy, and often accompanies her when she is stepping outside to ensure her safety. Due to the coronavirus outbreak, he requested that she does not leave the house if not necessary. However, if she does, she has to be accompanied by her mother or himself.

Though there are still two more months before the baby’s arrival, Him is already very excited to be a father. It is alleged that Tavia is carrying a girl in this pregnancy. The couple already plans to have a second baby so that their newborn will have a sibling.

Recently, Tavia was spotted wearing a white cap and face mask driving out with her mother. Though she is already in her second trimester, her limbs remained slim and only a small baby bump was peeking out of her denim jacket. Spotting reporters, she waved and stopped to say hello. The reporters took the opportunity to ask about her current condition. Tavia revealed that she is not too nervous, but she also said, “Okay! Very good! With the virus outbreak, I already rarely leave home. However, today I have to be somewhere so I had to go out!”

2 comments to Tavia Yeung May Be Having a Girl