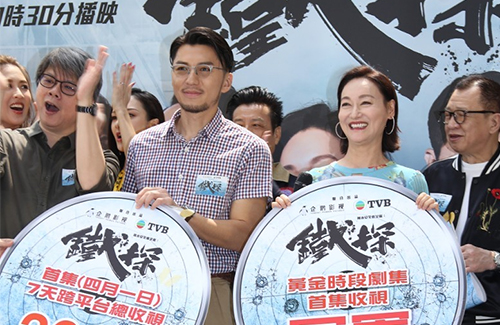 The high viewership rating is not a surprise; heavily promoted by TVB as a blockbuster grand production, The Defected is produced by So Man-chung (蘇萬聰) and written by Chu Kang-ki (朱鏡祺) and Lau Siu-kwan (劉小群), the forces behind 2017’s My Unfair Lady <不懂撒嬌的女人>. The Defected largely revolves around a cop, played by Benjamin Yuen, and an undercover, played by Philip Keung, who are victims of a longtime power struggle among higher police officials. 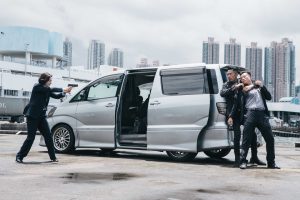 Jammed with intense action sequences and a genre that is not typically shown in television, The Defected garnered large followings even before it aired. And although reviews have rated the drama quite favorably, there’s still a lot of room left for improvement.

The Defected suffers from two main issues: choppy editing and and over-saturation of relationships. The Defected uses reverse chronology to tell its story; in other words, the plot is unveiled backwards. The Defected started off with the ending—in the opening scene, Benjamin Yuen testified against Kara Wai in court, and the subsequent episodes revealed why. In that scene alone, the viewers learned that Benjamin Yuen had suffered from a severe injury that scarred him mentally, while Kara Wai was a high police official who was willing to bend the rules for her own again.  However, the events leading up to that specific incident was not revealed until episode 5, making the narrative overcomplicated and draggy. 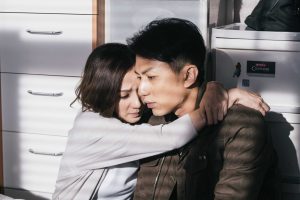 The editing was also choppy—many key character and story arcs were told through flashbacks, which were not edited with filters or altered by sound to distinguish them from present-day scenes. Viewers who did not watch the episode from beginning to end may find it hard to follow. The overuse of slow motion also affected the pacing of many action sequences.

Relationships are important to any kind of storytelling, but The Defected has been criticized for doing both too much and not enough. There was grief with Kara Wai losing her son, the tearjerking emotions between Philip Keung and Angelina Lo, the forbidden love between Mat Yeung and Sisley Choi, the complicated love between Benjamin Yuen and Grace Wong, and the love triangle between Ben Wong, Benz Hui, and Sharon Chan (陳敏之). Viewers can only become invested in a relationship if that relationship helps drive the plot of the story, but with such an over-saturation of characters, it’s going to be difficult to keep all of these relationships relevant without compromising the flow of the narrative.