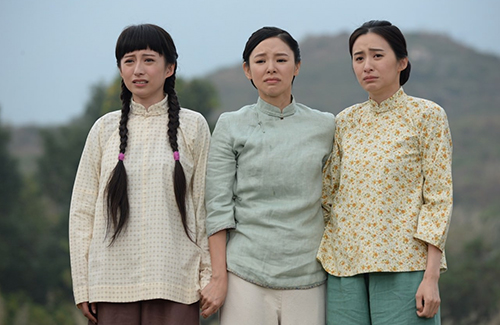 The period drama The Forgotten Valley <平安谷之詭谷傳說> starring Raymond Wong Ho-yin (黃浩然), Grace Chan (陳凱琳), and Louisa So (蘇玉華) was an anticipated success, and according to a rumor, the drama achieved an average rating of 26 points last week, defeating TVB blockbuster dramas such as Heart and Greed <溏心風暴3> and My Ages Apart <誇世代>.

This rumored rating didn’t even take into account the “seven day all-platform total ratings points”, a method that TVB has been using to report its viewership ratings. Because of this, TVB has changed to reporting viewership ratings every two weeks instead of every week. My Ages Apart reported an all-platform average viewership rating of 27.8 points on its last week of broadcast. TVB’s other anniversary drama Heart and Greed reported 24.5 points on the same week The Forgotten Valley started airing.

The final first-week rating for The Forgotten Valley has not been determined yet, but it is speculated that the total ratings would be higher than both My Ages Apart and Heart and Greed. The Forgotten Valley producer, Andy Chan (陳耀全), is thrilled about the success of his new show. He shared and interesting story from Raymond, who was hospitalized earlier: “A woman who stayed in the bed next to him was urged by her son to pack and leave the hospital, but the woman said she wanted to watch an episode of The Forgotten Valley before leaving!”

The Forgotten Valley takes place in the early years of Republican Era China, and centers on a group of women who band together to fight the patriarchy that has so long controlled their lives. Lau Kong (劉江), Rebecca Zhu (朱晨麗), Katy Kung (龔嘉欣), Louis Yuen (阮兆祥), Zoie Tam (譚凱琪), and Jess Sum (沈卓盈) also star. The first episode premiered on January 15, 2018.