“The Mermaid” Soars Past 3 Billion in Mainland Box Office 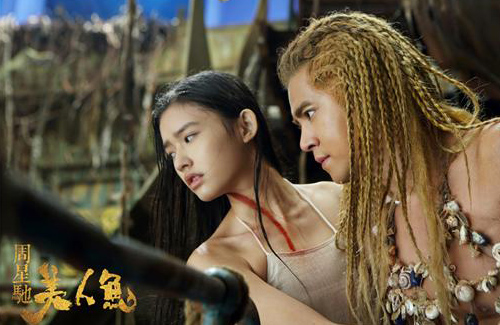 Above: Jelly Lin and Show Luo star in “The Mermaid”.

Since its Lunar New Year release, Stephen Chow’s (周星馳) The Mermaid <美人魚> broke multiple box office records in Mainland China. With its infectious humor, The Mermaid has made over 3 billion in Mainland China within 19 days of release, becoming the highest grossing film in China of all time.

Extremely thrilled by the film’s box office performance, Stephen filmed a short video, thanking his fans and everyone that went to support The Mermaid.

While fans rushed to see Stephen’s new production, many wondered if he would consider acting in his future films again. Although missed by many, Stephen expressed, “It’s time to forget about it – I’m already so old! To be honest, being the director feels like I’m acting more than the actors themselves. It doesn’t matter how big the role is – the director always plays out the role to show the actors and actresses first. It’s actually ten times more fun than being just an actor – so to me, that’s enough acting already! However, the fire I have for acting has not died yet!”