TVB has confirmed that it will be premiering Brutally Young <十八年後的終極告白>, a psychological mystery drama about an 18-year-old cold case, on April 20, 2020.

Starring Shaun Tam (譚俊彥), Joel Chan (陳山聰), Mandy Wong (黃智雯), Vivien Yeo (楊秀惠), and Dominic Lam (林嘉華), Brutally Young starts its story with a group of high school teenagers from the outskirts of Hong Kong, celebrating score release day. Their celebrations are cut short when they get involved in a fight with another teen, resulting in his death. In an attempt to cover the truth, the group of high school students decide to cut off contact with each other completely. It isn’t until 18 years later, when the boy’s body is discovered, when the group of old friends contact each other again, and their lives become changed forever. 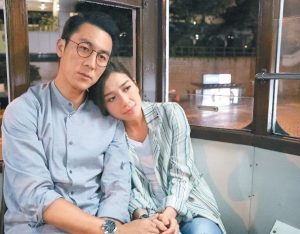 Shaun plays Sam, one of the boys behind the teen’s death 18 years ago. Sam is a professional accountant and has a long-term girlfriend (portrayed by Candice Chiu 趙希洛). However, his mother and girlfriend do not get along, resulting in their eventual breakup.

Sam eventually falls in love with Madam Yuen (portrayed by Mandy Wong), the leading detective behind the 18-year-old cold case. It is during her investigation when she realizes that her family had something to do with the teen’s death 18 years ago.

Mandy has described her character as tragic. “Huge changes happen to my family and every bad thing you can think of will happen to me,” she said. “The most memorable thing about this entire filming process was how depressed I actually was. Every waking moment was about the case. I was emotionally compromised. After filming the show I really tried to get it out of my head. I needed some time to get out of character. This is why I prefer doing comedies.” 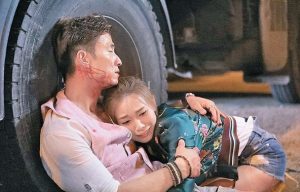 Joel plays K.O, one of the original suspects of the case. He was the braun of the group, and becomes a triad leader 18 years later. “I was in my fittest shape when I did the show,” said Joel. Brutally Young was shot in 2018. “All for that one arena fight scene with Stephen Ho (何啟南). I spent about a month training, and gave up sugar and salt in my diet. I was pretty satisfied with my results.”

Vivien plays K.O’s love interest Siu-sin, who suffers from deafness. Vivien had only three months to learn sign language. “It was the biggest challenge of my career,” she said. “Typically you would only have to memorize dialogue and camera positions, but this time I also had to know sign language. I also played a very emotional character. It was a very stressful role. Prior to filming I would pull an all nighter to practice sign language and then practice some more when I’m on set, so the filming schedule isn’t affected. Fortunately, I was able to get my script beforehand so I had time to practice with my instructor.”