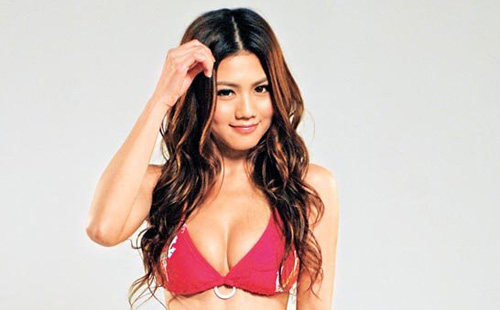 Due to TVB’s inability to retain leading artists, such as Charmaine Sheh (佘詩曼) and Bernice Liu (廖碧兒), in recent years, the company has been diligently recruiting “new blood” to feature in upcoming dramas. Aside from starring former ATV artists such as Alice Chan (陳煒) and Joey Meng (萬綺雯) in upcoming dramas, TVB was interested in pursuing Chrissie Chau (周秀娜), Janice Man (文詠珊), and Annie Liu (劉心悠) as well!

TVB producer Lee Tim Shing (李添勝) declared earlier that he had no actress to lead his new drama, Detective Columbo <神探哥倫布>, due to the current staffing situation. Starring in Tim Gor’s new drama, Wayne Lai (黎耀祥) had suggested that the company cast Chrissie Chau. While Tim Gor did not offer Chrissie a role in Detective Columbo, other TVB managers were eager to work with her. Chrissie’s manager stated, “We are looking at Chrissie’s availability this year. If the timing and the script are good, we are truly interested!” Chrissie was a successful model turned actress, appearing in Hong Kong movies and mainland China dramas in recent years, as well as launching her own lingerie brand.

Annie Liu’s popularity increased in mainland China after last year’s airing of Bu Bu Jing Xin <步步惊心>. Annie was contacted by TVB earlier to appear in Ghetto Justice 2 <怒火街頭 2>. Annie’s manager, Ms. Lee, stated, “We have always possessed the interest. If we come across a good script and the time works out, Annie will film for TVB.”

Since the filming of Bottled Passion <我的如意狼君>, it was rumored that TVB was interested in making Niki Chow (周麗淇) a “biological daughter.” Niki possessed good affinity with the audience, bringing high ratings for the her dramas. Asked whether TVB wished to sign a management contract with her, Niki said, “Wah! Such a high level management secret, I cannot reveal it!”

Jayne: What do you think about seeing Chrissie Chau, Janice Man, and Annie Liu in TVB dramas? Chrissie and Janice will inject some sex appeal into their characters, while uniting Annie and Kevin Cheng together will likely fuel tabloid headlines once again.