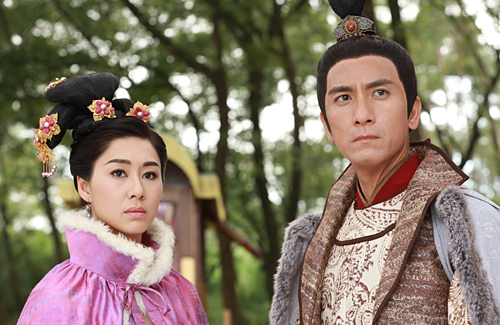 From the 1970s to the 1990s, TVB consistently turned out many memorable ancient dramas. As the Mainland Chinese market opened up, many TVB directors left the station to work in China for more money. Many viewers complained that the quality of TVB ancient dramas have tanked, while the number of quality Mainland dramas have increased exponentially. It is a little known fact that among China’s top 100 ancient drama directors, half of them came from Hong Kong.

Two of TVB’s biggest productions, Succession War <天命> and Deep in the Realm of Conscience <宮心計2深宮計>, generated mediocre interest. The buzz surrounding TVB ancient dramas are evidently not as strong as before, as many viewers are turning to Mainland productions instead. 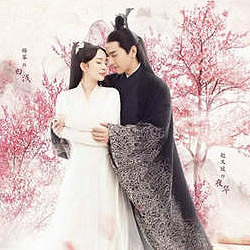 The main reason why TVB’s ancient dramas have been significantly weaker is due to lack of financial resources. Mainland China’s higher pay attracted many directors, costume designers, and experienced production crew to leave their jobs behind in Hong Kong.

Film critic, Zhou Yi (周燚), released a list of the Top 100 Directors in Costume Dramas in China, and 46 of them came from Hong Kong. Some of the best Hong Kong directorial talents, such as Lam Yuk Fan (林玉芬), who worked on the second and third installments in the Detective Investigation Files <刑事偵緝檔案> franchise. In Mainland, Lam worked on Wu Xin The Monster Killer <無心法師> and mega-hit, Eternal Love <三生三世十里桃花>. 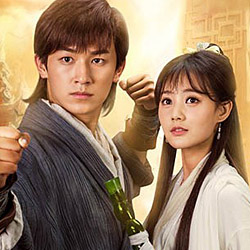 Jeffery Chiang (蔣家駿), who directed Inbound Troubles <老表，你好嘢！>, and movie The Prince of Temple Street <廟街十二少>, headed up north and filmed The Legend of the Condor Heroes <新射雕英雄传>, and Colorful Bones <艷骨>.

Last but not least, Ng Gam Yuen (吳錦源) who was known for directing A Step into the Past <尋秦記>, My Date with a Vampire 2 <我和僵屍有個約會2>, and Forrest Cat 2 <肥貓正傳2>, went on to filming the big 2017 hit Princess Agents <楚喬傳>.

TVB Does Not Want to Be Left Behind

In the last ten years, the popularity of Mainland ancient costume dramas has been on the rise. Large amounts of investor capital were poured into productions with the lure of lucrative returns. Unlike modern series, ancient dramas require elaborate and expensive sets, costumes, and props. Especially with wuxia films, the addition of software enhancements for martial arts scenes can become costly in the filming budget.

TVB lacks the support and funding needed to create ancient dramas of the same caliber. Hoping to salvage this, TVB has been collaborating with Mainland companies in recent years. With the extra financial backing, TVB hopes to improve the quality of their productions and regain viewers’ approval.