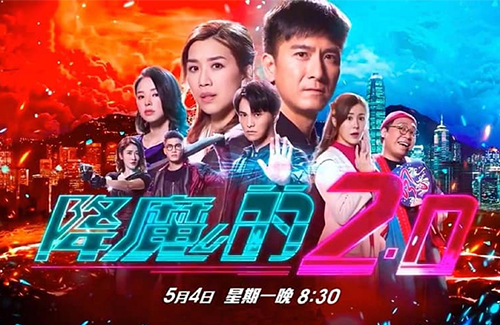 TVB will start the summer off with the highly anticipated The Exorcist’s 2nd Meter <降魔的2.0>, sequel to 2017’s hit series.

The sequel sees the return of Kenneth Ma (馬國明) as the ghost-busting taxi driver Ma Kwai, who embarks on another adventure of exorcising evil spirits along with the spirit of his childhood friend Ho Zai (portrayed by Hubert Wu 胡鴻鈞). During his journey, Ma Kwai receives a boost in his supernatural powers, becoming nearly invisible. It isn’t until he comes across a brother-sister duo, the Sze Siblings (portrayed by Alex Mak 麥凱程 and Gloria Tang 鄧佩儀) when his rather old-school methods of defeating spirits get questioned. 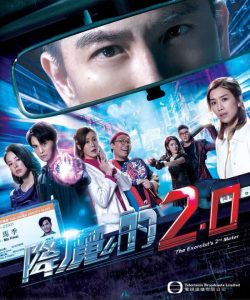 Mandy Wong (黃智雯) reprises her role as Dr. Felicity Chong, Ma Kwai’s primary love interest. Felicity has a heart of gold and will do anything to help the people she cares about. After experiencing a series of strange events together, Felicity and Ma Kwai become a pair of familiar strangers.

After a tour around the gates of death, Moon Lau (劉佩玥) returns as Bella, who becomes an influencer in the world of the supernatural. Ram Chiang (蔣志光), Hugo Wong (黃子恆), Anthony Ho (何遠東), King Kong (金剛), and Kitty Yuen (小儀) also reprise their original roles in special guest appearances.

In addition to the return of old stars, the second series will also feature new faces—C Kwan (C君) plays a flirty spirit who teams up with Felicity in controlling the powers of evil spirits. Zoie Tam (譚凱琪) plays a thousand-year old spirit of the sea who transforms into a human to come in between Ma Kwai and Felicity. Kaman Kong (江嘉敏) will make a special guest appearance as Ho Zai’s first love.