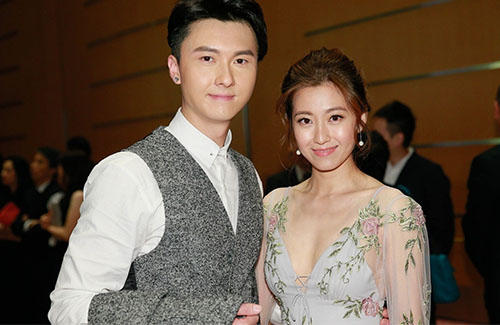 It’s been long rumored in the gossip mill that TV King Vincent Wong (王浩信) and his wife Yoyo Chen (陳自瑤) are separating, and although Vincent insists that his relationship with his wife is stable, we all can’t help but to speculate.

The rumors say several things: that Yoyo is finding it harder to trust Vincent, that Vincent has not been good at keeping his promises to her, and that they are officially living separately. A source close to the group said Vincent originally made the promise that he would save time every year to bring Yoyo and their daughter to a trip, but with Vincent’s busy schedule, that has been difficult to do. There was also the rumor that Vincent had planned on buying a new apartment for Yoyo, but that apartment went to Vincent’s mother instead.

The latest development in the Vincent-Yoyo saga is that their 6-year-old daughter, who will be going to primary school this year, has moved in with Vincent’s parents.