Who is the Final Boss in “Lost Love in Times”? 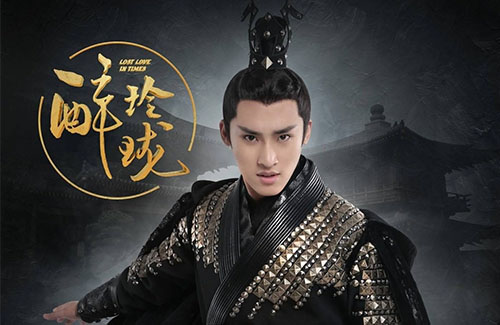 Mainland Chinese drama Lost Love in Times <醉玲珑> stars William Chan (陳偉霆) and Cecilia Liu Shishi (刘诗诗), who respectively plays Fourth Prince Yuan Ling and the sorceress Feng Qingchen. The two fall in love and get married, but their marriage gets plagued by a political war. Yuan Ling eventually succeeds to the throne of Western Wei, but his younger brother, Seventh Prince Yuan Zhan (Xu Haiqiao 徐海乔), is willing to do anything to take it from him.

Desperately, Feng Qingchen activates a spell to go back in time and change history, where the threat of Yuan Zhan ceases to exist. But the new alternate timeline she creates is an entire new world, where Yuan Ling is no longer in love with her. Yuan Zhan is no longer the final boss, and a third prince, the Ninth Prince Yuan Ming (Ryan Zhang He 张赫), is eyeing the throne. Together with Third Prince Yuan Ji, Yuan Ming secretly plans his traps in the background. Yuan Ling and Yuan Zhan remain to be at odds, as they both fall in love with Qingchen. As Yuan Ming is about to execute his plan, it foils—another final boss has his eyes set on the powerful kingdom.

32-year-old Ryan Zhang, though known to be one of China’s “green leaf” actors, shines as the despicable villain in Lost Love in Times. He has shown his acting flexible with the different roles through his career, including the the noble Ling Yu in Eternal Love <微微一笑很倾城> and the charismatic Yin Shaoxiang in Love O2O <微微一笑很倾城>. Though he may not be getting any leading roles in high-profile productions, his exposure rate and acting talent will guarantee him a bright future.

3 comments to Who is the Final Boss in “Lost Love in Times”?