Why A-Mei is Unable to Lose Weight 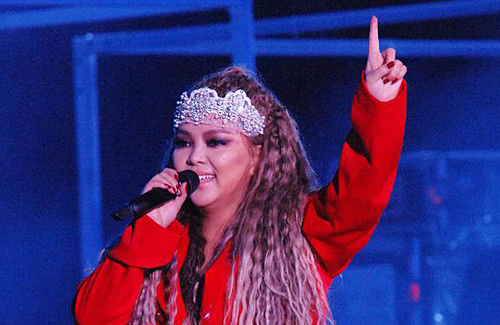 Regarded as one of the most influential singers in the Mandopop industry, A-Mei (張惠妹) recently shocked everyone at an event she attended. The star gained quite a bit of weight, and looked extremely different than her old self. 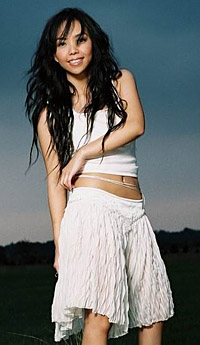 Despite the weight-gain, A-Mei’s vocals remain in excellent condition even at 46 years old. Singing for one-hour straight, A-Mei’s sang 16 songs by herself – a feat that makes the singer worthy of the Mandopop Queen title.

It’s been revealed that A-Mei’s rapid weight gain could be attributed to the following factors – overworking, family history of obesity, use of hormonal drugs, and slower metabolism due to aging. And apparently, A-Mei has one very similar quality to superstar Jay Chou (周杰倫) – she admitted that she is unable to cut off her love for milk tea.

Perhaps having helped A-Mei try different methods already, the singer’s manager reveals that she feels rather helpless over A-Mei’s inability to lose weight.

Starting off as a slender singer, A-Mei’s figure became fuller seven years ago, when a leg injury caused her to be unable to exercise for weeks. Over the years, her weight gain often became a topic of discussion, but A-Mei hopes others would just focus on her music.

“No matter how good my concert or singing is, my figure is still more newsworthy…. If you like my singing, I thank you for that. But if you want me to look very skinny, then I’m sorry, A-Mei can only be a singer, not a model,” the star had said once said at a concert.

13 comments to Why A-Mei is Unable to Lose Weight