Why Shirley Yeung Chose to Be a Single Mother 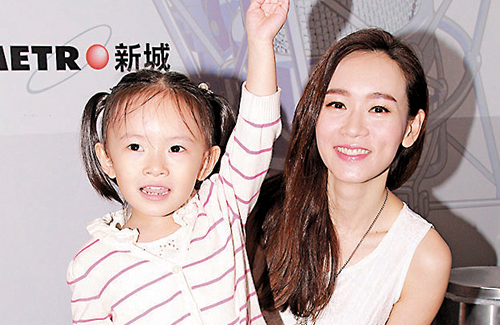 When Shirley Yeung (楊思琦) was first discovered to be pregnant in 2011, it was in the wake of her high-profile breakup with actor Gregory Lee (李泳豪), and rumored romance with ex-diver Andy Ng (吳帥). This created a big controversy in the entertainment industry, which did not die down even after the baby was born, as Shirley refused to divulge the identity of the father.

Shirley reflected on that period in her life and recalled how the constant media pressure, why did not die down even when she left to give birth in the United States, had a negative impact on her emotions and caused her much anxiety. She revealed, “I did break down. Thankfully, my emotions did not affect my baby’s health!”

On why she made the brave and controversial decision to be a single mother, Shirley explained that as she was at a certain age and had always seen motherhood as a rite of passage, she decided to ignore how others viewed her and to embrace the gift of motherhood.  “You can’t despair just because someone is saying nasty things about you. The more someone wants to drag you down, the more you have to rise above it and be brave.”

Shirley added, “No one will be there for you when you’re older, apart from your children. Money can always be earned at a later stage, but I didn’t want to miss out on this beautiful gift, as I didn’t know when I would have another chance [to have children].”

As for Shirley’s views on her love life, she expressed that she would let nature take its course. While Shirley remains busy with work and looking after her daughter, she still hopes to find someone she truly loves.