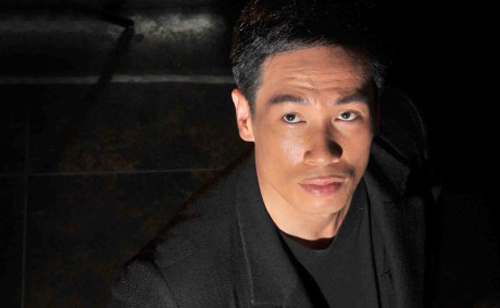 The upcoming May 21st broadcast of TVB drama, Master of Play <心戰> has already stirred debate over its controversial subject matter: a psychotic and cannibalistic serial killer. Portraying affable characters in recent years, Moses Chan’s role as a serial killer will no doubt arouse debate in Hong Kong, in which moral judgments were still strong among the middle-aged population that held the power in swaying television ratings’ results.

TVB’s most daring duo, producer Jonathan Chik (戚其義) and scriptwriter Zhou Xuming (周旭明), incorporated cannibalism from When Heaven Burns <天與地> in new drama, Master of Play. Although When Heaven Burns was a critical success, the ratings failed to deliver. With its extreme content that was not family friendly, it was widely speculated that Master of Play may also suffer in ratings. It was questioned whether Master of Play will axe the current positive trend in drama ratings that TVB was experiencing.

Moses’ character was a magician on the surface, but was in fact a serial killer who even ate the flesh of one of his victims. Moses engaged in a battle of wits with neurotic theater master, Adam Cheng (鄭少秋). Obsessed with searching for the whereabouts of his kidnapped daughter for the last twenty-five years, Adam was uncertain whether his daughter was still alive. Adam became the critical link for the police in getting inside the mindset and methods of Moses’ serial killer character.

TVB Deputy Director of External Affairs, Tsang Sing Ming (曾醒明), admitted that the theme of Master of Play was quite extreme. However, the company wished to give a refreshing feeling to audiences and thus decided to air it in May.

Jayne: No doubt the complaints will pour into the Broadcasting Authority when Master of Play airs in two weeks! Will Moses Chan be able to pull it off as a serial killer? No doubt Adam Cheng will succeed as the neurotic theater master. Perhaps he would have been even better as the serial killer himself.

34 comments to Will Serial Killer Theme in “Master of Play” Kill TVB Ratings?