Wong Cho Lam Reveals the Temptations He Has Faced 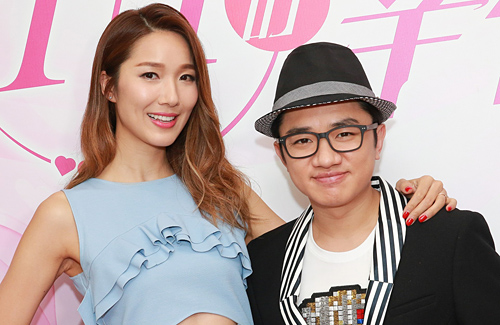 When married men are asked about the temptations they have had to face, the responses are generally of two types – either they will come up with excuses, or they will own up to the temptations and tell it like it is. In the case of Wong Cho Lam (王祖藍), his answers fall squarely into the latter type.

The topic of temptation is particularly relevant to Cho Lam of late, in light of his current stage play, The Only King II <唯獨祢是王II>. The show tells the story of King David, who, despite having the throne, is still a just a man when it comes to facing temptations, and ends up committing heinous crimes of rape and murder.

So what temptations have Cho Lam faced? His reply is frank – pornography (as it is so easily accessible with the current technology), followed by women (as being in the entertainment industry, it is not unusual for females to approach him). Fortunately, the opportunity to be led astray is extremely small, as every time he goes out, it will either be with wife, Leanne Li (李亞男), or with other work colleagues (or as Cho Lam says, Leanne’s informants). 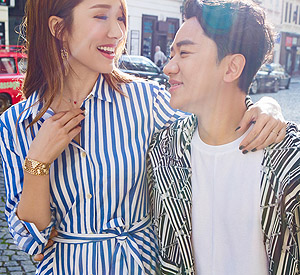 On top of this, Cho Lam also takes extra measures to make sure that he does not get into a compromising situation: “I’ve had females seek me out to have deep and meaningful conversations. I would tell them upfront that anything they share will be shared with my wife too, and sometimes I would even invite my wife to chat together, to limit the one-on-one opportunities.”

He also makes sure that he tells Leanne everything. “If I start hiding things, eventually when light is shed on them, I’ll die immediately.”

Cho Lam believes that it is fortunate that he is not particularly good looking, as it is a way to tie down his pride and playfulness. “If one has both money and looks, how difficult is it not to be a playboy?”

When talking about Mainland actress, Miki Shum (沈麗君), who had committed suicide in September after having cervical cancer as well as a wealthy husband who was having extra-marital affairs, Cho Lam comments that that is the way men are. So how does he approach this? “I say to my wife to not be too relaxed about me; often women are cheated on because they are too relaxed. Because of trust, this can then be used to push the boundaries, at the same time creating space to cheat. After filming a kissing scene and getting a phone number, how hard is that? It can be done anytime. That’s why I need my wife to watch over me.”

It’s often said that honesty is the key to a successful marriage, and it seems like Mr. and Mrs. Wong would most likely get full marks in this respect!