Joe Ma is a Big Flirt in “Harmony is a Virtue” 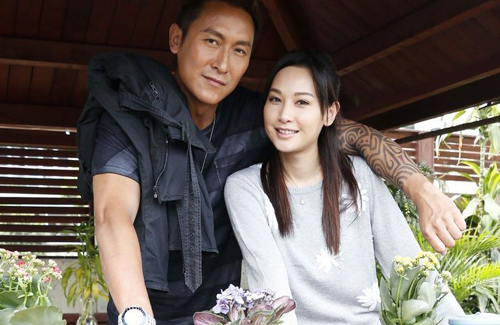 Kate portrays a mediator in the series and has adequately prepared for the role by researching the occupation. Tracy takes on the challenge of playing an autistic character and appeared in subdued makeup, a stark contrast to Carat’s flamboyant character, who wears multi-colored wigs in the drama.

Although Kate’s character is married to Stefan Wong (黃長興), Carat comes between their relationship. Kate revealed, “Carat’s character is my nemesis and often upsets me.” Asked if she shared any acting tips with newcomers Carat and Tracy, Kate said, “There is no pressure working with them,” and added that Elena Kong ( 江美儀) is also an experienced actress on the set.

Since filming started Harmony is a Virtue, Joe has little time for rest. Despite working with TVB for 21 years, Joe’s body is already protesting the demands of the hectic filming schedule. He said, “I slept only for three hours. After working like this for two to three days, my throat already started hurting.” However, he was full of praises towards Carat and Tracy, whom he said were quick learners and adapted to the filming environment easily.