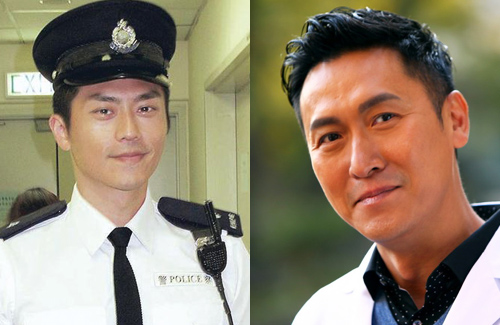 Sammy Leung (森美) has decided to withdraw from the cast of TVB’s action crime drama The Apostle <使徒行者>, citing health reasons. The 40-year-old actor, radio host, and television personality, who was one of the first actors to join the cast and started filming last month before choosing to leave the drama. Joe Ma (馬德鐘) has been cast to replace Sammy’s role, and will be reshooting some of Sammy’s earlier scenes.

Sammy fell ill while attempting to juggle his hectic work schedules of filming dramas, doing radio shows, and hosting television variety shows at the same time. Currently resting at home, Sammy confirmed in a phone interview yesterday, “I was already sick before and had a high fever. I was overworked and my body couldn’t take it anymore. It is really time for me to stop. I’ve never gotten so sick before.”

He initially did not plan on leaving the cast. Not wanting to impede the drama’s filming schedule, Sammy suggested the director and producer to reduce his screentime in the drama. “But even with the reduced screentime, I couldn’t go on anymore,” Sammy said. Not wanting to put more pressure on the cast and crew, he had no choice but to quit.

Sammy clarified that TVB has been very accommodating to his situation, stressing that TVB would always work around filming times to fit into Sammy’s own work schedules. TVB also never prevented him from accepting outside job offers while shooting for The Apostle. He apologized to TVB and the crew of the series, “I understand that they’ve been working hard. They’re always trying to come up with a new schedule to work around my own. I am sorry to TVB. The fault lies with me!”

He said he is not worried about that gossip that would come with his departure, saying that he would accept the negative reports with an open mind. “It’s my own problem, and I’ll accept the consequences that come with it because I have affected the production and filming.”

Sammy is astonished to hear that TVB has already replaced him with Joe Ma, expressing that he has not received the notice from TVB yet.

Sammy’s co-star, Sharon Chan (陳敏之), is aware that Sammy is feeling unwell and supports his decision to leave the team. “I’ve fallen sick before and I know that health is the most important. I support him, and I hope he’ll recover quickly. There is nothing more important than your health.” She also said that Sammy’s leave did not greatly affect the production for The Apostle.