The actress was “forced” to reveal artistes she most loathed to work with during the prank.

On the heels of Prankenstein <大整蠱> ending its run with Ali Lee (李佳芯) as its finale guest artiste, she was once again invited on the premier episode of Mean Talk, co-hosted by Elena Kong (江美儀) and Bob Lam (林盛斌) to share her thoughts on her experience in entertainment so far.

Even TVB executive Virginia Lok (樂易玲) was present to ensure the quality of the program. However, all the elaborate preparations were really just part of a prank to fool Ali, while all production crew members were in the know. To put up a convincing performance, Elena had expressed her nervousness and stated that she would get guest stars to reveal real names for greater impact.

During the filming, Elena threw out three tough questions: their worst encounter at work; the program/drama they hated the most; and an artiste they most loathe to work with.

Known for her good interpersonal relations, Ali appeared rather distraught throughout the program as her responses were rejected several times by both Elena and the producer, with Ms. Lok reminding her to answer bravely and candidly lest the show becomes too boring.

Repeatedly probed about the artiste she would hate to work with, Ali had wanted to name Mayanne Mak (麥美恩), but her answer was rejected. Afterward, she finally named Elena and said, “because she keeps forcing me, especially on talk shows. For dramas, it would be different as she would have to drop this personality.”

Playing along, Elena pretended to be upset by Ali’s words and left the set on the verge of tears, causing Ali to feel so bad that she yelled out uncontrollably, and declared she would never appear on such programs in future. 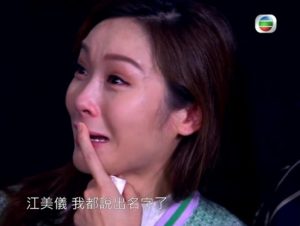 Seeing Ali getting all upset and teary-eyed as she dabbed her face with a tissue, the group decided to end the prank. Elena returned back on set pretending she had calmed down, and revealed to Ali that the day’s events had been part of a prank. Stunned for words, Ali continued tearing up, and when she was informed again that everything had been an elaborate plan to foil her, she shook her head vigorously and even rolled her eyes.

Later, Elena praised Ali on social media, writing “Although you don’t like me, but I must praise you–you’re pure, truthful, and intelligent, and really treasure the friendship between us. Ali, I’m so sorry, but I love you.” Ali promptly replied, “Though I was pranked by you, I love you!” 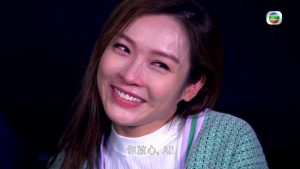