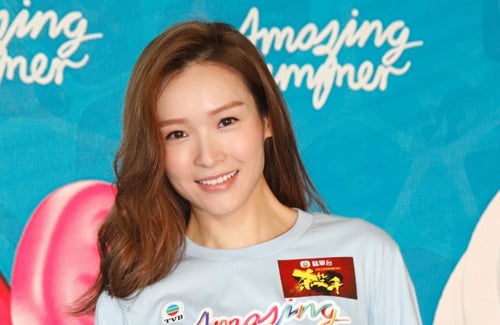 Seeing her work cut back dramatically for almost a year since airing her pro-democracy views on social media, Ali Lee (李佳芯) is finally seeing the light at the end of the tunnel. Her drama Death by Zero <殺手> is airing on June 29, and Ali is said to be in talks to start filming another upcoming drama soon.

Ali has been seen at the station’s recent events, including the TVB Amazing Summer event which was held yesterday. The event is meant to advertise TVB’s upcoming dramas and variety shows for the summer season. It was attended by over 50 artistes including Vincent Wong (王浩信), Ali Lee (李佳芯), Samantha Ko (高海寧), Owen Cheung (張振朗), Crystal Fung (馮盈盈), and Kaman Kong (江嘉敏).

Though Death by Zero, which features Wayne Lai (黎耀祥), Moses Chan, and Ali Lee, was filmed in 2018, it was not disclosed why the station warehoused it for two years before finally deciding to air it this June. Speculations rose that it because the station did not want to air the drama in the height of media attention over Ali’s pro-democracy views when political tensions were at an all-time high during protests in Hong Kong last year.

For close to a year, Ali has rarely made any public appearances. TVB dropped her from four dramas, including Plan “B” and the role was given to Eliza Sam (岑麗香). Asked if the airing of Death by Zero meant that she is back in favor with the station again, Ali was careful in her response. “I’m not going to further elaborate. I’m afraid that if I answer there’ll be rumors of me being frozen again by the time I go home!” Asked if TVB had cautioned her to be careful with her words, Ali denied that they had ever given any pressure.

With the slowdown in her jobs and the entertainment industry as a whole during the COVID-19 pandemic, Ali used her increased time at home to write a collection of short stories for her new book. The first draft of her book will be printed by the end of the month, and Ali hopes it will debut at this year’s Hong Kong Book Fair during the summer. “I’ve been writing since February, so it took me three months to finish. It will be a collection of my memories and experiences from childhood until now. It will also include stories about my past relationships and what I’ve learned from them.”

Said to be starring in upcoming drama Children’s Hospital <兒童醫院>, with a rumored cast including Kevin Cheng (鄭嘉穎) and Linda Chung (鍾嘉欣), Ali was reluctant to confirm the news, “I hear different rumors every day. I am afraid to confirm until the day that I actually start work. On my end, I am completely ready to start work. Ever since I finished filming Amelia’s Rhapsody <愛美麗狂想曲> last year, I’ve been devoting my time to writing my book.”