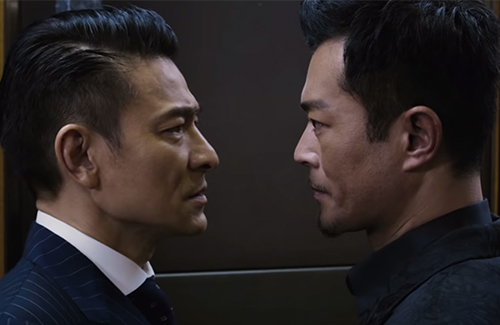 Herman Yau’s (邱禮濤) action-packed The White Storm <掃毒> film series is back with a second part, this time with new cast members.

The film, subtitled Drug Lords or literally “Heaven Hell Face-off” <天地對決>, stars returning cast member Louis Koo (古天樂) as a powerful drug leader going head-to-head against new cast member Andy Lau (劉德華), playing a gangster-turned-financial tycoon who puts a HK$100 million bounty on the most powerful drug cartel in Hong Kong. Though they represent “hell” and “heaven” respectively in the subtitle, Louis and Andy’s relationship is not as black and white as it seems to appear.

Drug Lords is slated for a theatrical release in July.

4 comments to Andy Lau vs. Louis Koo for “The White Storm 2 – Drug Lords”